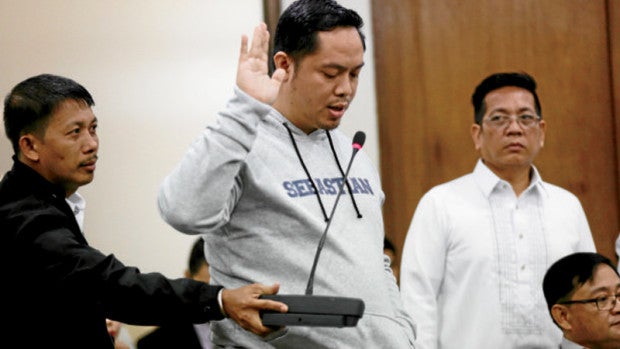 The nightmare of Sen. Leila de Lima continues as high profile inmate Jaybee Sebastian filed graft and criminal charges against the former Justice Secretary for putting his life in danger when she ordered his transfer to Bilibid 14 with other convicted drug lords last year.

Kidnap and drug convict Sebastian is blaming De Lima for his near fatal stabbing in a riot at the National Bilibid Prison  (NBP).

De Lima and her coaccused were charged with violating the  Anti-Graft and Corrupt Practices Act; violations of the Code of Conduct and Ethical Standards for Public Officials and Employees; and the Anti-Torture Act of 2009.

Sebastian also accused De Lima for indirect bribery for asking him, through her ex-aide Joenel Sanchez, to raise funds for her senatorial campaign by forcing convicted drug lords to make contribution.

Lawyer Eduardo Arriba, Sebastian’s counsel, told reporters that Sebastian’s main complaint was being “thrown to the lion’s den” when he was transferred from the Maximum Security Prison to Bilibid 14 in October 2015 or 10 months after the NBP raid carried out by De Lima to flush out the plush rooms, jewelry guns, drugs and cash of 19 convicted drug lords and other high-profile inmates collectively known as “Bilbid 19.”

Arriba said Sebastian was blamed by the “Bilbid 19” for the raid and their transfer to Bilibid 14 and that his client was justified in fearing for his life with his transfer.

In the complaint, Roxanne said that had De Lima, Cruz and Schwarzkopf acted favorably on her husband’s request to retain him at the maximum security compound and had De Lima not disclosed to the public that her husband was a government asset and was the source of the illegal drug trade at NBP, he would not have been exposed to threats and danger to his life.

On Sept. 28, or six days after De Lima outed Sebastian, a riot occurred at the NBP where he was stabbed with an ice pick.

But De Lima yesterday said Sebastian was just forced to file charges against her as part of the administration’s scheme to pin her for drug allegations she has several times denied.

Sebastian’s complaint is the second case filed against De Lima in the DOJ in connection with drug allegations against her, charges first bared by President Duterte in August amid the senator’s fierce criticism of his bloody war on drugs.