Ex-BuCor chief: I didn’t get a centavo in NBP ‘drug trade’ | Inquirer News

Ex-BuCor chief: I didn’t get a centavo in NBP ‘drug trade’ 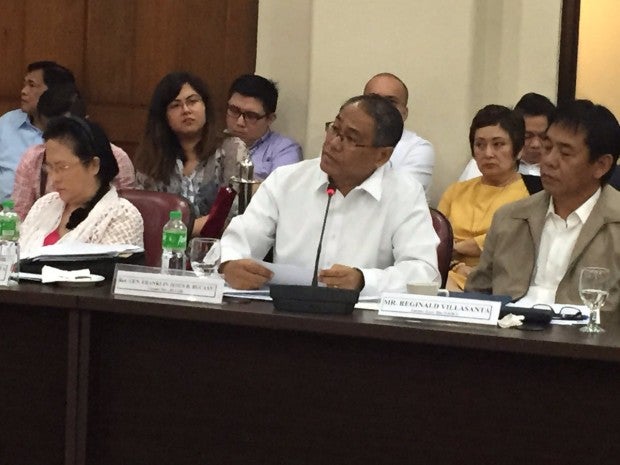 Former Bureau of Corrections (BuCor) director Franklin Bucayu on Thursday denied being under the payroll of inmates in the alleged drug trade inside the New Bilibid Prision.

During the resumption of the third day of the congressional inquiry in aid of legislation on the alleged drug proliferation inside the Bilibid, Bucayu said he attended the House hearing to clear his name from allegations he received a weekly “tara” from the Bilibid drug trade.

“I categorically deny the claims of convicted inmates that I received a monthly payola from them when I served as the director of the BuCor. I have never accepted a single centavo nor did I take anyone to collect money from any inmate,” Bucayu said.

Bucayu said he could not have been a beneficiary of the drug trade because he gave the go-signal for the Bilibid raid in December 2014 led by then Justice Secretary and now Senator De Lima and the National Bureau of Investigation (NBI) that exposed the luxurious quarters of drug lords inside the national penitentiary.

The December raid resulted in the pull-out of 19 high-profile inmates in what has since been alleged as a move by De Lima to weed out the competition for her favored drug lord Jaybee Sebastian to monopolize the drug trade.

Bucayu also denied the allegation of Philippine National Police (PNP) deputy chief for operations Director Benjamin Magalong that Bucayu pleaded Magalong not to pursue with the “Oplan Cronus,” the planned Bilibid raid by the Criminal Investigation Detection Group that was aborted when De Lima sidelined the CIDG in the Dec. 2014 raid.

“I would also like to take this opportunity to dispel the insinuation that I preempted and prevented the Oplan Cronus of the CIDG as testified by Magalong… I had no authority to prevent it as it was strictly presented to the former head of the Department of Justice (De Lima),” Bucayu said.

Bucayu said he was only concerned about the legality of the pullout of the inmates.

“I was concerned about the legality of transferring the inmates to another detention facility other than the one designated by the court upon the inmates’ conviction,” Bucayu said.

Bucayu said his conscience was clear and that he had nothing to do with the illegal drug trade.

“I have no connection nor have I ever been involved with illegal activities inside the Bilibid or outside the penitentiary. My conscience was clear. All I did was do my job with all honesty and regularity. Nagtrabaho lang ako (I was just doing my job),” Bucayu said.

Baligad said he also paid a weekly “tara” to officials in the Bilibid, namely National Bureau of Investigation Deputy Director General and then Bureau of Corrections officer in charge Rafael Ragos, and a certain Col. Elie from Bucayu’s office.