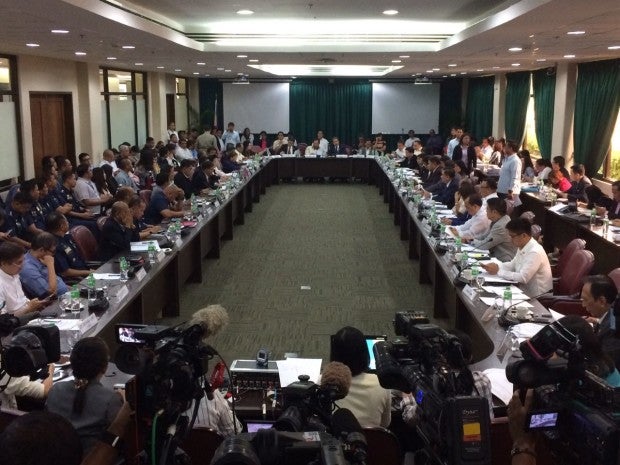 Convict Jaybee Sebastian tricked big-time Chinese drug lords into getting the trust of former Justice Secretary and now Senator Leila De Lima, said an inmate from the New Bilibid Prision (NBP) who testified on Thursday before the House justice committee regarding its investigation on the proliferation of illegal drugs in prison.

Former Manila policeman Nonilo Arile, in his testimony, said Sebastian is an influential inmate being the head of the Presidio Side inside the maximum security compound.

The Presidio Side is composed of more than 5,000 members from various gangs in Luzon. Most of the Chinese inmates belong to his side.

Arile said Sebastian schemed his way to become a government asset by instructing the Chinese inmates, including Peter Co, on how to hide their arsenal and other prohibited items items such as illegal drugs, mobile phones, cash and pieces of jewelry.

Then, he said Sebastian made an intelligence report which was given to De Lima stating that aside from firearms, there were also huge amounts of money in particular hiding spots inside the maximum security compound.

“Moro-moro po ito at napaniwala niya si De Lima (This was a moro-moro and he was able to make De Lima believe it),” Arile said, adding that after the December 2014 raid that led to the discovery that rich inmates were living a posh lifestyle in prison, “lalu pong bumango si Jaybee kay De Lima (Jaybee had a better image in the De Lima’s eyes).”

He said that after the transfer of the 19 inmates to the NBI, Sebastian was able to monopolize the “business” in prison.

He said Sebastian told him that he is ready for his life outside because he has enough money for his family once he receives the absolute pardon courtesy of De Lima and then President Benigno Aquino III.

Arile, a convicted kidnapper, said he and Sebastian became close because they both came from Tondo in Manila. RAM/rga