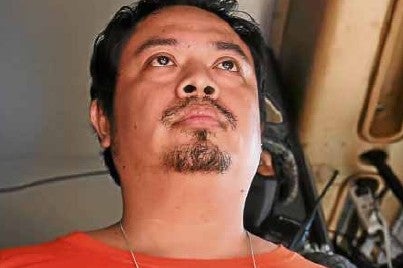 Convict and alleged government asset Jaybee Sebastian will not be able to attend the Congressional inquiry on the alleged proliferation of drug trade inside the New Bilibid Prison (NBP), Justice Secretary Vitaliano Aguirre II said at a press conference.

Sebastian was identified by several witnesses, including fellow inmates as the one who led the “fund raising” for Senator Leila De Lima’s campaign kitty by requiring every gangs inside prison to sell 20 to 30 kilograms per month.

De Lima said he was a government asset who provided information on the illegal activities inside prison as well as the VIP treatment of several inmates when she was still head of the Department of Justice.

The House Committee on Justice has issued a subpoena for Sebastian.

Aguirre, however said a medical certificate was issued by Sebastian’s doctor because he is still not fit to travel.

Sebastian suffered a collapsed lung after he was stabbed in the chest during last week’s riot inside Building 14, the detention facility for high profile inmates of Bilibid. IDL