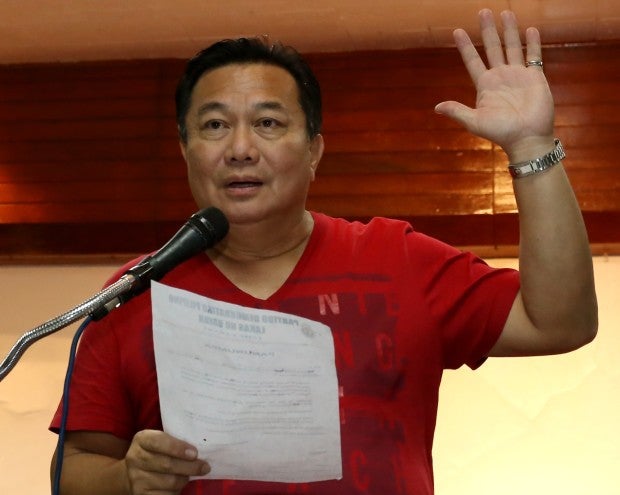 A solon from the militant women’s party-list group Gabriela denounced the proposal of Speaker Pantaleon Alvarez to show the alleged sex video of Senator Leila De Lima in the congressional inquiry into the proliferation of drugs at the Bilibid.

In a statement on Thursday, Gabriela Rep. Emmi De Jesus said Republic Act 9995 or the Anti-Voyeurism Law penalizes acts that aim to annihilate any person’s honor, dignity and integrity.

De Jesus said the law punishes the act of broadcasting, through any device, photos, videos or recordings of sexual acts or any similar activities of a person except for the purpose of suppressing or prosecuting the crime of photo or video voyeurism and upon court order.

“No man, woman or child, no matter how justified the case is presented for such proposals, deserve to be subjected to the prospect of one’s private affairs exposed,” De Jesus said.

De Jesus added that showing the alleged sex tape of De Lima would only muddle the investigation into her alleged involvement in the Bilibid drug trade when she was still justice secretary.

“Showing of the alleged video muddles the issues central to the investigations into the links between government officials and the drug trade. Congressional hearings should focus its probe on the salient pieces of evidence that will point to the involvement of drug lords and government officials in the illegal drug trade with respect to existing law,” De Jesus said.

Gabriela is a member of the majority bloc in Congress, which voted for the speakership of Alvarez, a key ally of President Rodrigo Duterte.

On Wednesday, Speaker Alvarez said the showing the video may establish the illicit relationship between De Lima and her former driver Ronnie Dayan, who inmates alleged collected drug money for De Lima at the Bilibid.