Typhoon-hit Batanes thanks Duterte for aid 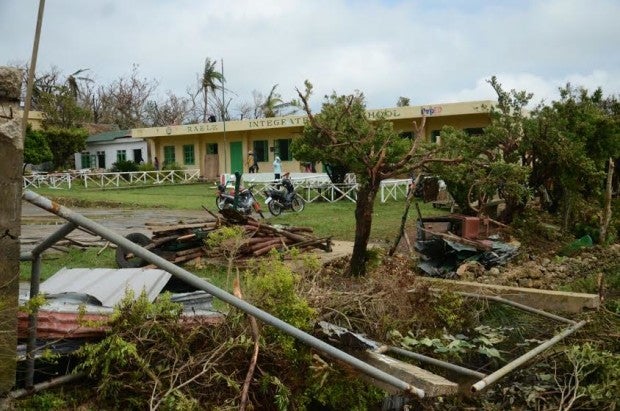 Batanes is now in need of an immediate rehabilitation and reconstruction plan after Typhoon Ferdie destroyed houses and buildings. (Photo from the LENI ROBREDO MEDIA BUREAU)

BASCO, Batanes—Ivatans thanked President Rodrigo Duterte and Malacañang for sending aid to the province in a Sept. 23 letter transmitted this week by Governor Marilou Cayco and Batanes Rep. Henedina Abad.

Batanes officials said residents were surprised by the unusually strong wings and rain unleashed on Sept. 13 and 14 by Typhoon “Ferdie” (international name: Meranti).

Itbayat Island took the brunt of the storm, which damaged approximately P65 million worth of houses, government infrastructure and crops.

In a recent meeting with Cayco, Itbayat officials asked for construction materials to rebuild damaged homes.