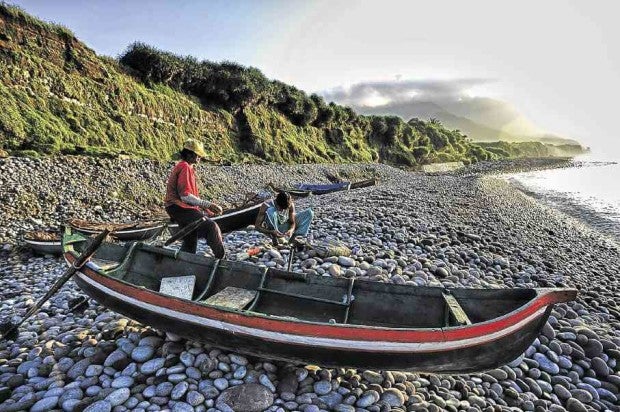 BATANES fishermen live off the seas and know how to deal with the storms that are regular occurrences
in their province. But Typhoon “Ferdie,” which tore through their homes, was considered as bad as 1987’s Typhoon “Neneng.” EV ESPIRITU/INQUIRER NORTHERN LUZON FILE PHOTO

THE DAMAGE wrought by Typhoon “Ferdie” (international name: “Meranti”) is only now beginning to be fully realized, after disaster personnel finally reached  the island town of Itbayat in Batanes on Sunday,  three days after the storm exited the country.

Batanes had remained “isolated” and out of contact since Ferdie hit the northernmost island province.

In a press statement yesterday, the Office of Civil Defense said Itbayat was among the areas badly hit with electricity and communications lines cut due to toppled posts, many houses damaged and two fishermen missing.

The provincial government on Sept. 15 declared a state of calamity.

Total agriculture and infrastructure damage has been estimated at P65.9 million in the province, the NDRRMC said. Jaymee T. Gamil