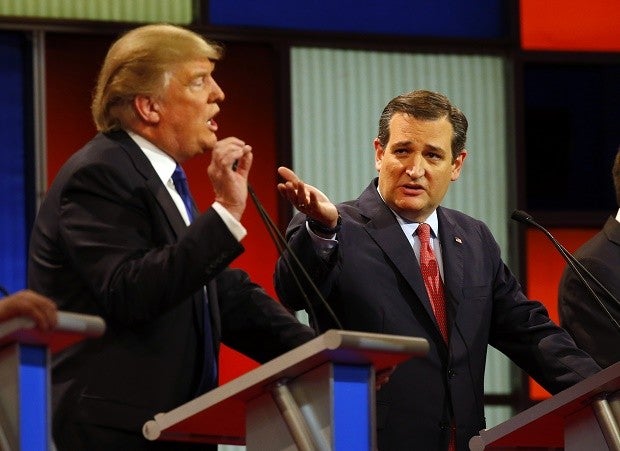 “After many months of careful consideration, of prayer and searching my own conscience, I have decided that on Election Day, I will vote for the Republican nominee, Donald Trump,” the Texas senator wrote in a statement posted on Facebook.

“A year ago, I pledged to endorse the Republican nominee, and I am honoring that commitment,” he added. “And if you don’t want to see a Hillary Clinton presidency, I encourage you to vote for him.”

Cruz’s move represents a dramatic turnaround after a primary campaign during which the two candidates traded increasingly personal insults.

Dismissing Cruz’s early overtures, Trump had  attacked the Texas senator, dubbing him “Lyin’ Ted” and suggesting he wasn’t eligible to be president because he was born in Canada (most experts say that he was eligible since his mother was American).

Trump also speculated that Cruz’s father had some connection to Lee Harvey Oswald, the man who killed former president John F. Kennedy, and insinuated that Cruz’s wife Heidi was involved in corruption.

At the nadir of their confrontation, Trump tweeted an unflattering picture of Heidi Cruz next to a photo of his own former model wife Melania, along with the text, “The images are worth a thousand words.”

Positioning himself as the true conservative alternative to Trump, Cruz responded by calling the real estate billionaire “utterly amoral,” and “a narcissist at a level I don’t think this country’s ever seen.”

He dropped out of the primary race in May.

During the Republican National Convention in Cleveland, when many expected Cruz to endorse Trump, he told delegates instead to “stand and speak and vote your conscience” amid boos from the convention floor.

Cruz’s backing now could help Trump shore up support from Republicans who have long suspected the candidate’s conservative credentials, including the evangelical voters who form the core of Cruz’s electorate.

“We have fought the battle and he was a tough and brilliant opponent,” the Republican nominee said in a statement. “I look forward to working with him for many years to come in order to make America great again.”

Cruz’s backing comes after the two camps showed some signs of reconciliation. Trump’s running mate Mike Pence spoke with Cruz several times in recent weeks and Trump has hired several Cruz allies, including Kellyanne Conway to be his campaign manager.

The endorsement may also be calculated to help Cruz’s chances for reelection in 2018. He faces a possible Senate primary challenge from Texas Representative Michael McCaul, the chairman of the House Homeland Security Committee.

The move might also backfire. Steve Deace, an influential conservative radio host, tweeted that Cruz’s endorsement of Trump is “the worst political miscalculation of my lifetime. I hope I am wrong. The people will decide that.”