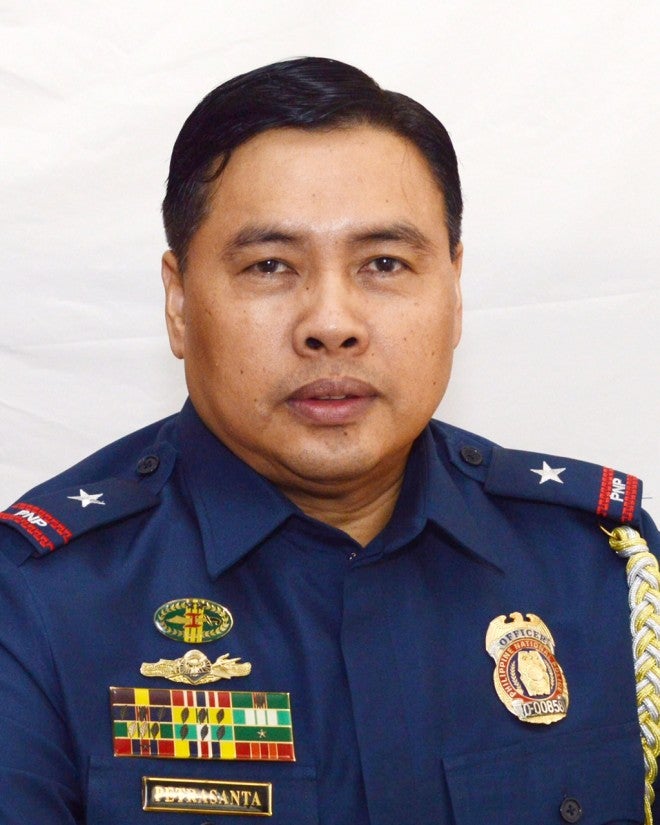 Dismissed police Chief Superintendent Raul Petrasanta, the former Firearms and Explosives Office (FEO) head, on Thursday refused to enter a plea on his graft charge over an anomalous courier deal in 2011.

During his scheduled arraignment before the Sandiganbayan’s Sixth Division, Petrasanta, a former official of the Firearms and Explosives Office and Central Luzon police director, refused to enter a plea when asked by the court to respond to his graft charge.

The court thus entered a not guilty plea for Petrasanta and the three other accused police officials.

The principal accused, dismissed PNP Director General Alan Purisima, was arraigned in June when he pleaded not guilty of graft.

Purisima was arrested May 20 by the Criminal Investigation and Detection Group when he arrived at the Ninoy Aquino International Airport (Naia) Terminal 3 from Butuan city after the court issued a warrant of arrest against him.

Purisima, a friend of President Benigno Aquino III, and 16 others were charged on one count of graft for acting allegedly with manifest partiality, evident bad faith and gross inexcusable negligence when they awarded the courier contract to the firm WerFast Documentary Agency, Inc.

Purisima entered into a memorandum of agreement (MOA) with Werfast and accredited the firm as the PNP’s courier service provider for all the firearms license applications despite its failure to comply with government regulations on courier services.

Salud is the president of Philrem Services Corp., the money remittance firm at the center of the alleged money laundering scheme in February, when $81 million was allegedly stolen by hackers in the Bangladesh Bank and stashed in the Philippines. Salud faces a money laundering complaint before the Department of Justice.

Graft is a criminal offense bailable upon the posting of a P30,000 bail bond for each count.

Earlier, the Ombudsman dismissed Purisima, Petrasanta and the others for the administrative offenses of grave misconduct, serious dishonesty and grave abuse of authority. The officials were forfeited of their retirement benefits and barred from being reemployed in government.

In her order, Ombudsman Conchita Carpio-Morales said “the document trail—from the execution of the MOA to the issuance of an accreditation policy, subsequent mandatory imposition of courier service fee deliveries, until accreditation of Werfast—reveals measures undertaken to mask a long line of violations.”