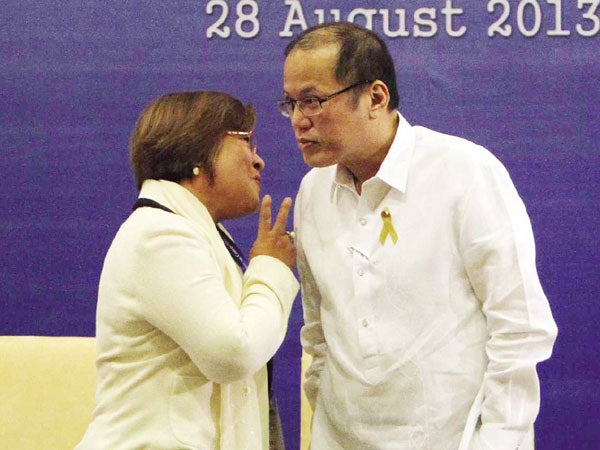 Justice Secretary Vitaliano Aguirre II reportedly said that another official of the previous administration, who is a “yellow member,” was a beneficiary of the illegal drug trade in the national penitentiary.   Yellow is the color of the Liberal Party, the party of Aquino and De Lima.
“I ask you, sino pa ba ang official na yellow na mas mataas sa akin noon (who else was higher than me) when I was Secretary of Justice? I was an alter ego of the President and therefore, the only one higher than me is President PNoy (Aquino’s moniker) himself,” De Lima said at a press conference in the Senate on Thursday.   “Are they saying, is my President also a beneficiary of all of these things? Of course not! You know PNoy,” she said.

Asked if the end goal was also to pin down the former President, De Lima said, “I would not know. Why don’t you ask Secretary Aguirre?” IDL/rga