‘DDS’ member: No one ordered me to pin down Duterte | Inquirer News

‘DDS’ member: No one ordered me to pin down Duterte 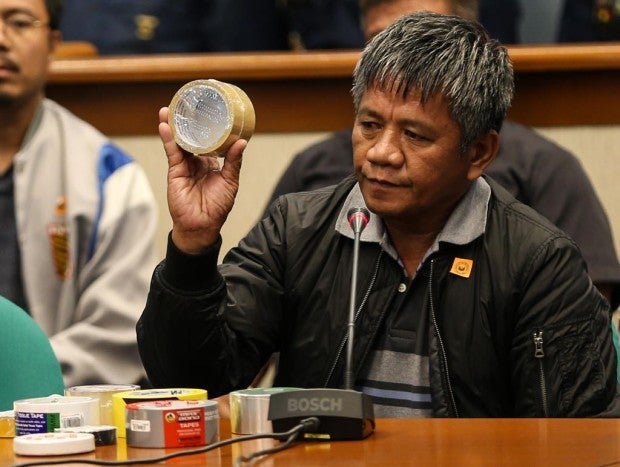 No one  ordered me to pin down President Rodrigo Duterte, a witness told a Senate hearing on Thursday.

Edgar Matobato, who claimed to be a member of the Davao Death Squad, said he appeared at the Senate probe on alleged extrajudicial killings in the country just to tell the truth and not to destroy the President.

When Cayetano pressed on who could be behind possible moves to bring down the Duterte government, the witness said he had no knowledge and would not give further comment on it.

“Walang nag-utos sa akin (No one ordered me),” the witness answered.

Before this, Cayetano explained his line of questioning, saying he was just testing the credibility of the witness.

“I’m testing whether he’s (Matobato) a credible witness or this is part of the plan B of the Liberal Party (LP) na makuha ang Malacañang at manira lang (to get Malacañang and to discredit [Duterte]),” he said.

Cayetano pointed out that if Duterte is ousted, Vice President Ma. Leonor “Leni” Robredo, who is part of LP, would take the place of the President.

The senator also noted that Senator Leila de Lima, who is leading the Senate probe as chair of the Senate committee on justice and human rights,  belongs to the LP. RAM/rga