UP resurfaces in world’s top 400 universities 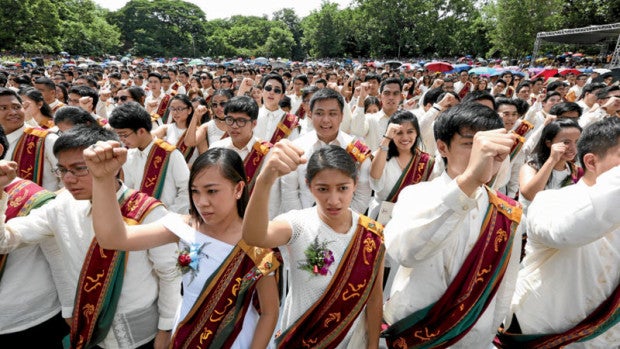 GRADUATES With the customary raising of fists as a final act during the 105th commencement exercises of the University of the Philippines, graduates of the country’s premier academic institution sing “UP Naming Mahal” at the University Amphitheater on the UP Diliman campus in Quezon City. NIÑO JESUS ORBETA

The University of the Philippines (UP) has reemerged on the annual list of world’s top 400 universities by the London-based Quacquarelli Symonds (QS) released on Tuesday.

The Massachusetts Institute of Technology retained its standing as the world’s best university for the fifth consecutive year, followed by Stanford University and Harvard University.