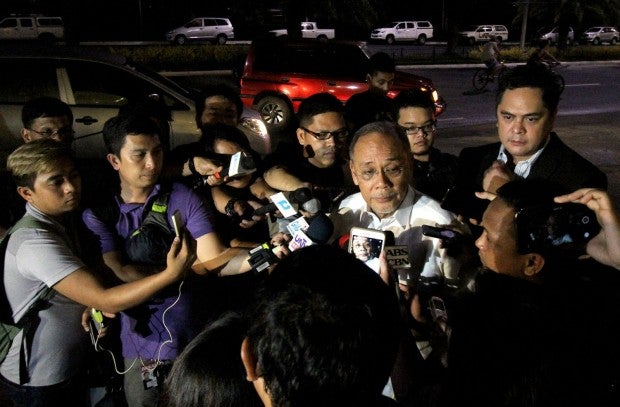 The chilly relationship between President Rodrigo Duterte and the media is unlikely to thaw soon as a Palace official said on Monday that the President would likely focus on his work during his first 100 days in office.

Holding a press conference for the first time, Presidential Spokesperson Ernesto Abella said that he thinks the Duterte will not talk to the media anytime soon.

“It’s not secrecy…” Abella said. “Let’s put it this way, I am not speaking for him, but I am speaking let’s say as a person who is observing the whole situation, that he wants to devote his first 100 or so days to work and he doesn’t want it hampered by having to answer little noises, little noises.”

He clarified that Duterte’s continued media boycott does not mean his desire for secrecy, saying that the tough-talking President “abhors secrecy and desires transparency.”

Abella also assured that the “conversation” with regard to national issues would continue even if Duterte continues to shun the media.

Since early June, non-government media were not allowed to directly ask Duterte questions. All of his statements were coursed through state-run television PTV4 following the challenge of international press group Reporters Without Borders to their Filipino counterparts to boycott the President because of his statement saying that some journalists deserved to die because they are corrupt.

During his inauguration, non-government media were allowed to cover from a distance. RAM