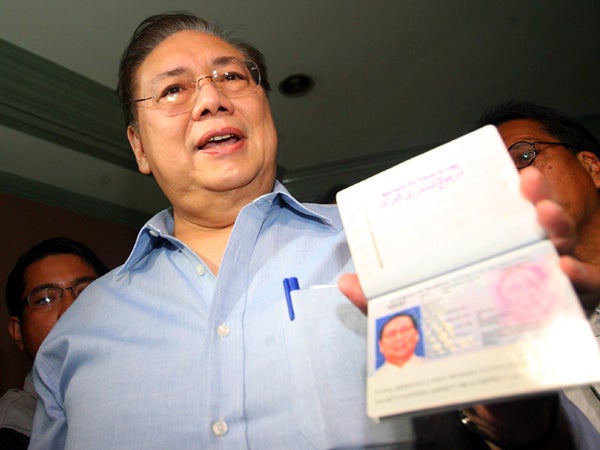 The Sandiganbayan has allowed former first gentleman Jose Miguel “Mike” Arroyo to travel to Japan and Hong Kong even as he faces multiple graft charges before the court.

In separate resolutions, the anti-graft court Fourth and Seventh Divisions granted Arroyo’s motion for leave to travel to Japan from July 20 to 25 and Hong Kong from July 25 to 28.

Arroyo said he will return to Manila on July 28.

Arroyo through his lawyers said he should be allowed to travel because he is not a flight risk, especially because he has no reason to flee. He is charged with plunder along with his wife, former President Gloria Macapagal-Arroyo, who is under hospital detention at the Veterans Memorial Medical Center.

Arroyo also said he had been allowed by the court to travel abroad before and he has always returned to face his charges.

The court ordered Arroyo to pay his P90,000 travel bond and to notify the court of his arrival five days after his return to the country.

The court said it would cite him in contempt in case of material misrepresentation and issue an arrest warrant if he violates the terms and conditions of the resolution.

In the Seventh Division, the former first gentleman faces graft trial for allegedly selling two secondhand helicopters  to the Philippine National Police and passing them off as brand new in 2009.

In the Fourth Division, Arroyo is a co-accused in the graft case of his wife involving a $329-million National Broadband Network (NBN) deal with Chinese telecommunications giant ZTE.

He stands accused of facilitating the alleged overpriced deal and using his influence as first gentleman. RAM/rga