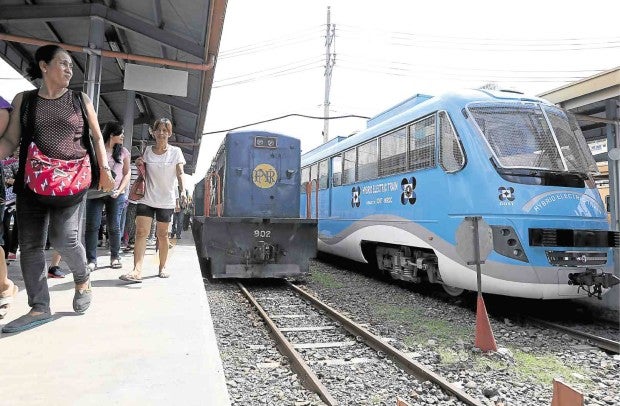 The country’s first locally made hybrid train proudly rolled off on Saturday, but will investors who can push it past the prototype stage be convinced to get onboard?

Passengers of the Philippine National Railways (PNR) may soon bid goodbye to the rickety and sweat-inducing rides, as the Department of Science and Technology (DOST) unveiled a hybrid electric train developed by an all-Filipino team of engineers and technicians.

The P120-million project, which started in 2013 under the DOST’s Metals Industry Research and Development Center (MIRDC), is the third mass transport system to be launched by the agency.

“It’s high time we gave recognition to the fact that we are fortunate to have the best engineering and technical minds in the country. We have the solutions to our own problems,” Science Secretary Mario Montejo said during the program at PNR Tutuban station in Manila.

“We now have a better chance to do what we want for our fellow Filipinos, which is to make their commuting experience safer, more comfortable and more bearable,” PNR general manager Joseph Dilay added.

Compared to the 12 trains in the current PNR fleet —seven of which operate in the capital—the DOST-made hybrid train comes with a diesel-electric power system that allows it to store the energy it generates whenever it applies the brakes, according to MIRDC Executive Director Robert Dizon.

Unlike the old locomotive diesel engine, the hybrid train may reduce fuel consumption by up to 50 percent, Dizon added. The prototype launched on Saturday is made up of five air-conditioned coaches, each good for up to 220 passengers.

But Dizon said the new train still had to undergo rigorous safety tests before it is opened to regular public use. For one, it’s floor level is still slightly higher than the platform at Tutuban (the model followed the measurements of the Caloocan station).

Apart from the hybrid electric train, the DOST has developed two locally made transport systems: the hybrid “road train,” which began having demo runs in 2015, and a “monorail” train system, which was first publicized in 2012. (The latter was built on the University of the Philippines Diliman campus.)

The first two projects, however, have yet to attract enough private sector support to be mass produced or be commercially viable.

Glicerio Sicat, a vice president of MRail (a subsidiary of Meralco), said his company and the DOST recently entered into an agreement for the firm to mass produce the road train should it pass a series of intensive tests. 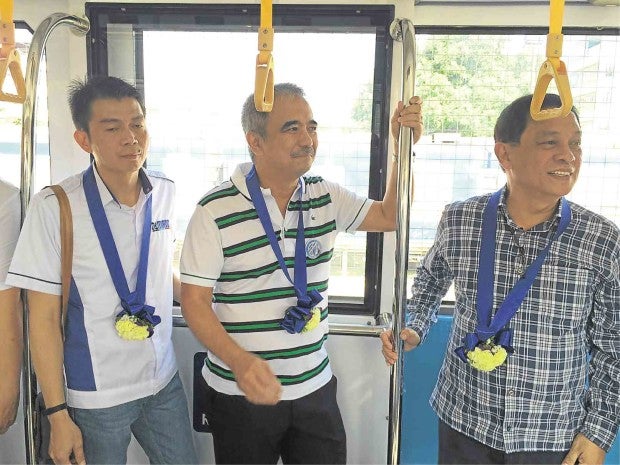 The tests may be conducted in the next two months, said Sicat told the Inquirer in a phone interview on Saturday.

And according to Montejo, at least 10 local companies are “interested” in the hybrid train.

Meanwhile, Fortunato de la Peña, Montejo’s successor in the DOST post, said the incoming Duterte administration would ensure that the mass transport solutions developed by the department will be rolled out for public use in the next three years.

De la Peña, who also attended Saturday’s launch, said they would be aggressive in looking for private partners since the DOST had made “huge investments” in these projects.

It would be a waste of taxpayer money if these vehicles are not enjoyed by the people, he said.