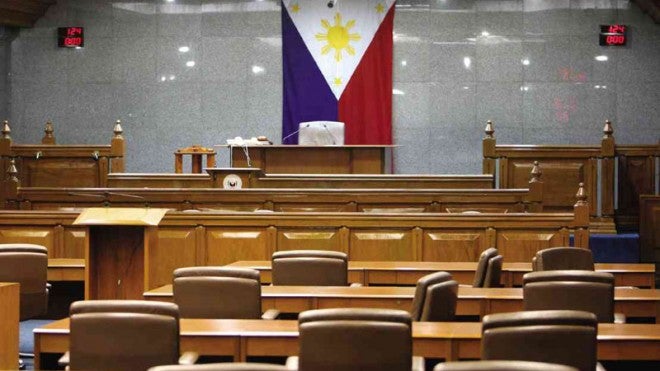 To prevent “early and long queuing” as well as maintain order within the premises, the Senate has come up with new guidelines for the filing of bills and resolutions for the 17th Congress, which will open on July 25.

“These guidelines, formulated in consultation with the Office of the Senate President and concerned officers of the Legislation Department, are prescribed to prevent early and long queuing, conserve human resources and manpower, and maintain order within the Senate premises,” said the guidelines issued by Senate Secretary Oscar Yabes on June 16, 2016.

Under Section 61 of the rules of the Senate, all bills and resolutions should be filed with the office of the Senate Secretary whether the chamber is in session or not.

Based on the new guidelines, the first round of filing of bills and resolutions should be in accordance with the principle of seniority or the length of service of each senator, who may file up to 10 bills or resolutions.

The order would be as follows:

Six senators, who have served for three years, will draw lots on June 23 at 10:00 a.m. at the Office of the Senate Secretary “to determine the order by which they may file their bills and resolutions.”

In the second round of filing, the senators, still in the order stated above, may additionally file up to 10 bills and resolutions.

The third round of filing, the guidelines said, would be on a “first-come, first-served” basis and the senators may file any number of bills and resolutions. JE/rga