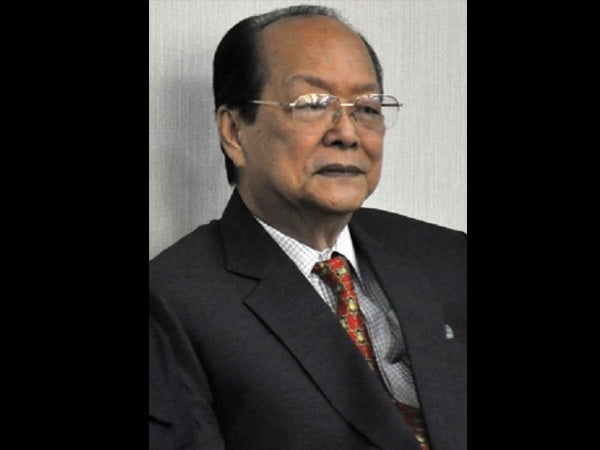 (Updated) The son of Ernesto Maceda corrected earlier reports that the former Senate President has died, saying his “body is still being kept alive by the life support machine.”

But Edmond Maceda, in a phone interview with INQUIRER.net on Monday, said “chances are very slim” that the older Maceda will recover.

“We’re just waiting for our eldest brother to arrive before the doctors check him one last time and turn off the machine,” Maceda said.

Earlier Monday, Jimmy Policarpio, Maceda’s chief of staff for 16 years, said in a DZBB interview that the ex-Senator died at about 11:30 a.m. at St. Luke’s Hospital.

Policarpio said Maceda suffered from a mild stroke two days ago while he was recovering from a gallbladder surgery.

The former Senate leader started his stint in the Senate in 1971 but his term was cut short when martial law was declared in 1972. He was Senate President from 1996 to 1998.

After serving two terms in the Senate, the late senator was appointed ambassador to the United States by former President Joseph Estrada from 1999 to 2001. JE/rga