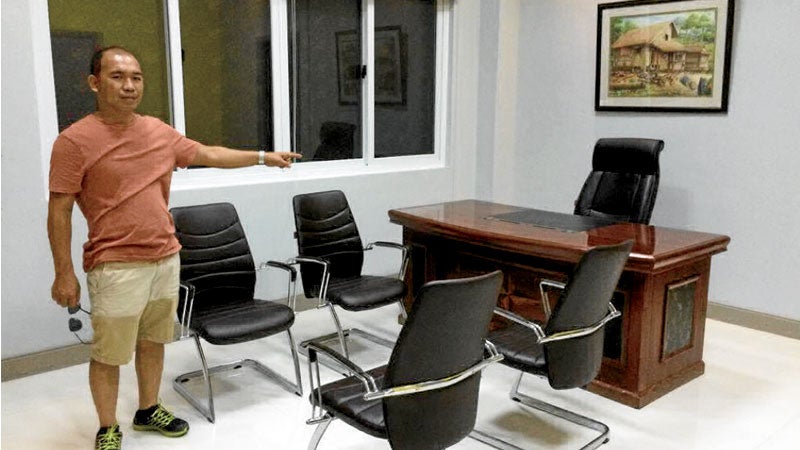 PRESUMPTIVE President-elect Rodrigo Duterte will likely play a role in shaping the new Senate and House leadership, especially since he intends to push for the amendment of the Constitution for a shift to the federal form of government.

“I will assume the personality of Digong (Duterte’s nickname) is one of forceful leadership. Inevitably, he will have to play a role [in the Senate leadership fight],” said former Sen. Aquilino “Nene” Pimentel Jr., founder of the Partido Demokratikong Pilipino-Laban ng Bayan (PDP-Laban), Duterte’s party.

Asked whether Duterte’s plans for a federal government had something to do with it, Pimentel agreed.

“Especially of that aspect for federalism, which is what he stood for. He most probably would stand by that,” Pimentel said in a news conference on Sunday.

He noted that the Senate and the House of Representatives could be “stumbling blocks” to Duterte’s plan, in which case  the new Philippine leader would need to use “positive leadership or influence” to align the two houses of Congress with  his program.

But Pimentel also said the new Senate composition would again see more senators from Luzon than from the Visayas and Mindanao.

“Therefore much of the alternate shape of the Senate and the House will depend on the leadership of Digong,” he said.

Pimentel also noted that “when a new President is elected, regardless of the … partisan composition of the House and the Senate, there’ll be a gravitational pull of the Office of the President that will impel most members to express their support for the new President.”

Pimentel’s son, Sen. Aquilino “Koko” Pimentel III, who is the current PDP-Laban president, is in Davao this week for talks with Duterte about the presumptive President-elect’s legislative agenda as well as the Senate leadership.

The Senate in the incoming 17th Congress will be made up of members of the Liberal Party, the Nationalist People’s Coalition and the Nacionalista Party, as well as independents.