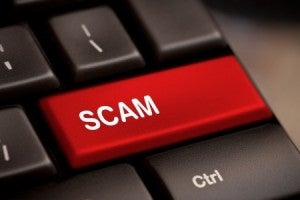 MANILA — The Securities and Exchange Commission has filed at the Department of Justice more criminal complaints against directors and incorporators of One Lightning Corp., a direct selling and investment firm earlier shut down for allegedly duping clients some P500 million.

In a new complaint filed last Friday, the SEC enforcement and investor protection department (EIPD) alleged that the same officials of One Lightning continued to publicly offer and sell investment contracts without permit by creating a new firm, FDS Forward Direct Selling Corp.

The penalty for the SRC violation is a maximum fine of P5 million and up to 21 years of imprisonment.

In March last year, the SEC issued a cease-and-desist order against the operations of One Lightning and filed a syndicated estafa case against its eight officials before the Pasig City regional trial court, which issued early this year corresponding arrest warrants and hold departure orders.

In the new complaint, SEC-EIPD director Jose Aquino said the agency filed the new case after receiving complaints from several investors of FDS who failed to get back their investments.

“Under the pretext of being a multilevel marketing company, the respondents offered huge returns to investors who would participate in their investment program through the purchase of certain cosmetic and health products,” the complaint said.

“The scheme employed by the said corporation was clearly a Ponzi scheme which they tried to hide to trying to appear as a multilevel networking company engaged in the marketing of cosmetic and health products,” it added.

In an interview with reporters, Aquino explained that investors were enticed by the offer of FDS to pay 28 to 30 percent profit share income and return of investment after about three months.

“In some cases, the products were not even delivered… The company was focused on recruiting more and more investors by offering referral fees, uni-level bonuses and maturity rewards,” Aquino said.

The first case filed against the respondents earlier this year before the Pasig RTC involved their failure to return as much as P500 million to 100 investors.

Formed in Pasig in 2014, One Lightning was set up to sell health and beauty products, food supplements, healthy beverages as well as anti-cancer medicines. It then began recruiting prospective investors through networking, promising up to 80 percent return on investment and even expensive cars.

Following complaints by investors, SEC issued a cease and desist order against One Lightning for selling unregistered securities in March 2015.

“Once again, the SEC warns the public against these investment schemes and advises anyone being offered such schemes to immediately report the same to the SEC and refrain from investing their money without first checking with the SEC,” Aquino said.  SFM