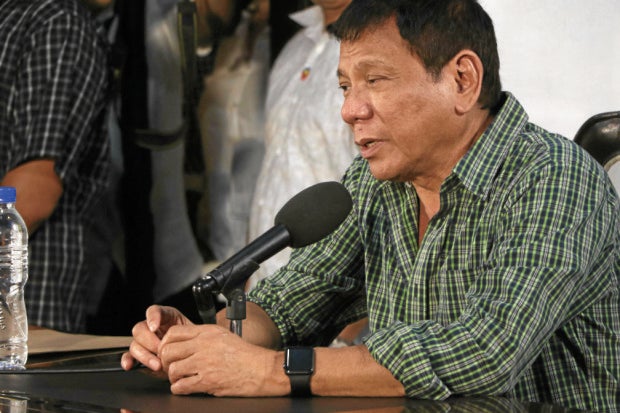 “The President made the directive after I requested him to make a policy statement on the coconut levy funds because I have been receiving a lot of questions on the issue,” Piñol said in a statement on Thursday.

Piñol said Duterte told incoming Cabinet members that the coco levy was an “emotional issue” for farmers, including the President-elect’s late mother.

“I am directing Atty. Panelo to look into this matter and make sure that the coconut levy funds are released to the farmers,” Duterte was quoted by Piñol as saying.

“The country’s coconut farmers can now heave a sigh of relief,” Piñol said.

During the campaign period, Duterte vowed to release the coco levy fund to farmers within the first month of his term.

In 2012, the Supreme Court ruled that coco levy assets should benefit coconut farmers. In March 2015, President Benigno Aquino III issued Executive Orders 179 and 180 that aimed to privatize the coco levy funds, but these were suspended by the high tribunal.

“With the expected release of the coconut levy funds to the real owners and the start of the massive national coconut planting program, the coconut industry is expected to regain its reputation as one of the country’s biggest foreign exchange earners,” Piñol said.

The former North Cotabato governor also said that he reported to Duterte his meeting with Philippine Coconut Authority (PCA) officials over a proposed job-generating 6-year coconut planting program that will cover 600,000 hectares of new coconut areas.

“In the project proposal which I personally drafted called the COPRA or Coconut Productivity and Rehabilitation Agenda, the massive replanting of coconut in the country is aimed at regaining the Philippines’ status as the No. 1 coconut producer in the world,” Piñol said.

“To enable farmers to have access to the program, the coconut seedlings, including fertilizers and irrigation equipment will be granted on a soft loan or plant now pay later scheme. The coconut planting program will be coupled with the introduction of secondary crops like abaca, cacao, coffee and black pepper,” he added. CDG/rga