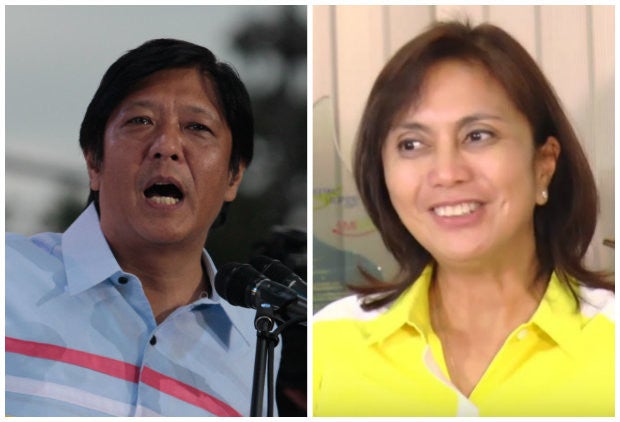 Lawyers representing vice presidential candidates Leni Robredo and Ferdinand “Bongbong” Marcos Jr. clashed on the issue of undervotes on the second day of Congress’ canvassing of votes for president and vice president.

Marcos’ camp repeatedly raised the number of undervotes for the position of vice president in every certificate of canvass opened during the canvassing at the House of Representatives.

George Garcia, who is representing Marcos, said the undervotes for vice president was more than 3 million so far, with 113 out of 166 COCs canvassed, which he said was a “very large amount” considering the “highly anticipated” elections and high voter turnout.

But Garcia said their camp was not saying that the “unaccounted for” undervotes went to Robredo, adding that they raised the issue for “legal strategy” and “historical purpose.”

“We are not saying that that the undervotes went to a particular candidate. What we are saying is based on our observation on the COCs. That is for the board to appreciate, and to emphasize that perhaps something went wrong in as far as our computerized election is concerned,” Garcia said.

Romulo Macalintal, a counsel for Robredo, said the use of the phrase “unaccounted for” to refer to undervotes was “misleading,” maintaining that null votes are not signs of error or irregularity in an election.

READ: Macalintal: Nothing irregular with undervotes in VP fight

“I think these words are misleading. There are no unaccounted votes because all votes are duly recorded in COCs canvassed by the National Board of Canvassers. This is what we call null votes and this term was used in cases where the voter did not vote for a particular position,” Macalintal said in a manifestation before the canvassing was suspended.

Macalintal reiterated that not all voters opted to vote for all positions, noting that an abstention must be “equally respected as one’s right to vote.”

But for Sen. Aquilino “Koko” Pimentel III, a member of the Senate canvassing panel, undervote was a “non-issue.”

Robredo camp confident Leni will be proclaimed VP after canvassing