Robredo camp confident Leni will be proclaimed VP after canvassing 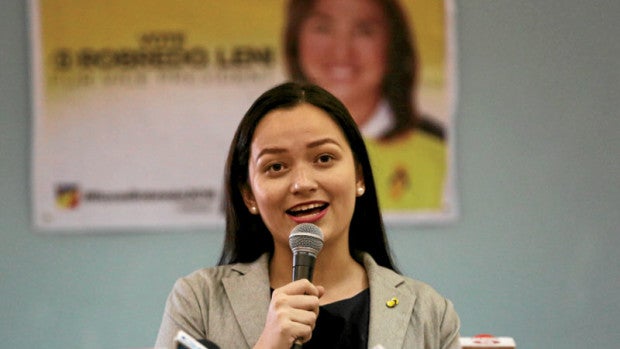 “We continue to remain confident that at the end of the canvassing, Congresswoman Leni Robredo will be proclaimed as the winner because we have copies of the Certificate of Canvass that will show that,” Robredo’s spokesperson Georgina Hernandez said in a radio interview.

Robredo was leading the Congress tally at the close of the first day of canvassing by more than 200,000 votes, but Marcos grabbed the lead and overtook her by more than a million on Thursday evening.

Noting the “smooth” opening of certificates of canvass at the House of Representatives, Hernandez shrugged off calls from the camp of Robredo’s rival Sen. Ferdinand “Bongbong” Marcos Jr. to separately proclaim the winning president and vice president.

Hernandez said separate proclamation was not likely because COC was considered as a single document.

“What has been discussed in the joint Congress and also being followed by our National Board of Canvassers ay ang kada Certificate of Canvass para sa pagka-presidente at bise-presidente at titingnan bilang isang dokumento,” she said.

(So the COC is taken as one document. From how we see it, there’s no chance that the president will be proclaimed ahead of the vice president.)

Citing jurisprudence, election lawyer Romulo Macalintal said it would be unfair for voters who voted for vice president if presumptive President-elect Rodrigo Duterte would be proclaimed first.