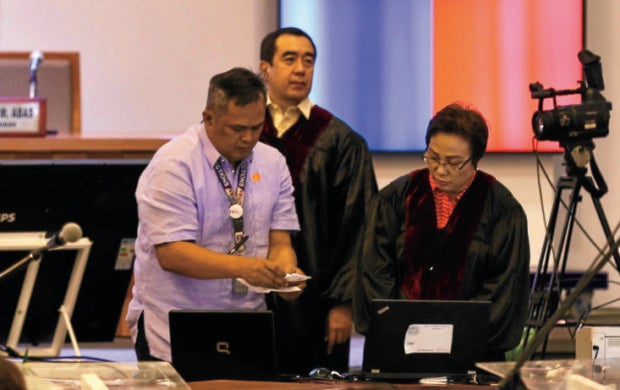 The Commission on Elections (Comelec) is gearing up for the proclamation of the country’s 12 new senators and winning party-list groups.

The Comelec, sitting as the National Board of Canvassers, will proclaim the new senators along with the winning party-list groups on Thursday, May 19.

Commissioner Rowena Guanzon said the proclamation would start at around 2 p.m.

“Tuloy na tuloy ang proclamation. It will be set in the afternoon because we have to prepare all the papers in the morning. Our people are very busy preparing the (proclamation) documents,” Guanzon told reporters on Wednesday.

The Comelec has decided that for this year, all 12 senators will be proclaimed at the same time.

She said people would expect the senators to wear Filipiniana garb for tomorrow’s event.

Based on the NBOC’s canvass report on Monday which showed partial, official tally, the following are the senatorial candidates who have entered the “magic 12”:

As of Wednesday afternoon, the NBOC is yet to admit the certificate of canvass from the province of Northern Samar.