Revilla allowed to vote in Cavite 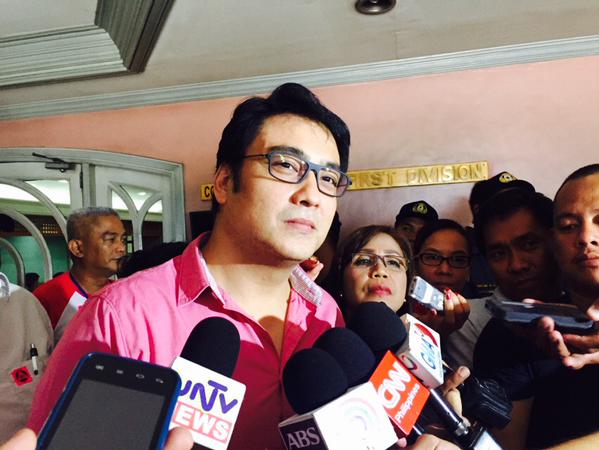 The Sandiganbayan on Friday allowed Sen. Ramon “Bong” Revilla Jr. to cast his vote in Bacoor, Cavite for the May 9 elections.

In a resolution, the anti-graft court First Division said it is granting Revilla’s request for escort voting after the Supreme Court also allowed another detained official, former President and now Pampanga Rep. Gloria Macapagal-Arroyo, to cast her vote in her hometown Lubao.

Detained for plunder over a charity fund mess, Arroyo is seeking reelection.

“Although the said grant… cannot be relied upon as a precedent to govern other cases, and that accused Arroyo is herself a candidate for a national office whereas accused Revilla is not, this Court is nonetheless inclined to grant the motion, over the objection of the prosecution…” the court said.

The court added that the grant of Revilla’s furlough is not without prejudice to the requirements for detainee voting set by the Commission on Elections (Comelec).

The court allowed Revilla to vote in Bacoor even before the Philippine National Police (PNP) chief Ricardo Marquez informed the court that the police are capable of assisting Revilla to cast his vote despite the busy security preparations on elections day.

READ: Police say they can assist Revilla in voting outside detention

The court also ordered the police to monitor the use of communication and electronic gadgets and to prohibit media interviews.

All the expenses should also be shouldered by Revilla.

mayor, while his son Jolo is seeking reelection as vice governor.

In opposing Revilla’s request, the prosecution said it was impossible for the police to accommodate the senator as it would be too busy ensuring the safety and credibility of the elections.

The prosecution added that Revilla may be exposed to security risks and his arrival may also cause “mayhem, considering his status as a politician … and a celebrity,” in Cavite, which is identified as an election hotspot.

In his motion, Revilla asked the court to allow him to vote with police escort at polling precinct No. 0469-A in Bacoor, Cavite.

Revilla said there was no special polling place at the PNP Custodial Center, where he is detained, for him to cast his vote for the local elections.

READ: Bong Revilla seeks to vote in Cavite–even with escort

Revilla, who has been in detention since June 2014 after surrendering, faces a plunder case for allegedly receiving P224.5 million in kickbacks from his Priority Development Assistance Funds through ghost projects implemented by accused “pork barrel scam” mastermind Janet Lim Napoles’ spurious foundations.

Revilla and Sen. Jose “Jinggoy” Estrada have been denied bail, while their coaccused Sen. Juan Ponce Enrile has been allowed to leave detention by the Supreme Court for humanitarian reasons.

Jinggoy allowed to vote in San Juan — but not for daughter