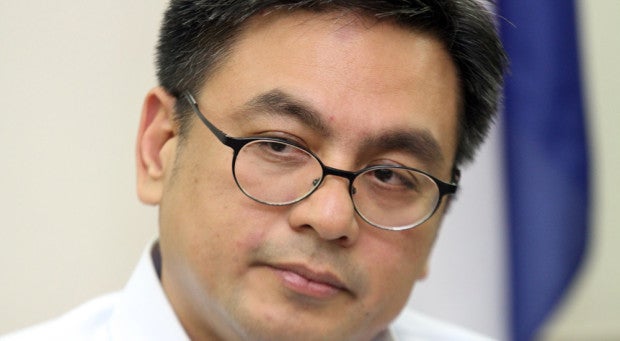 The Office of the Special Prosecutor filed one count each of malversation, graft and direct bribery against Biazon for his alleged criminal activities as Muntinlupa representative in 2007.

Biazon is an ally of President Benigno Aquino III under the Liberal Party. He resigned as Customs commissioner in 2013 after the Department of Justice included him in the pork barrel scam complaint.

According to the malversation charge, Biazon with Ducut and Napoles “willfully, unlawfully, and feloniously appropriate, take, misappropriate, and or allow Napoles to take public funds” worth P2.7 million.

Biazon and his respondents were also charged with violating Section 3(e) of the Anti-Graft and Corrupt Practices Act for causing undue injury to government in coursing his pork barrel funds to the spurious foundation without public bidding, committing evident bad faith, manifest partiality and gross inexcusable negligence.

Biazon was also charged with direct bribery for allegedly receiving P1.95 million from Napoles in exchange for his endorsement of her nongovernment organization to receive his pork barrel funds.

“Biazon, through Ducut, received commissions and/or ‘kickbacks’ from Napoles in consideration of his participation and collaboration as described above,” the prosecution said.

The prosecutors said Biazon endorsed the foundation to the implementing agency which was supposed to implement the project without conducting a public bidding.

Also charged with Biazon were Napoles and her employee Evelyn De Leon for preparing the acceptance and delivery reports, disbursement reports, project proposal, and other liquidation documents to “conceal the fictitious nature of the transaction, to the damage and prejudice of the Republic of the Philippines,” the prosecution said.

Biazon is the next to be formally charged before the Sandiganbayan from the second batch of lawmakers sued before the Office of the Ombudsman for their alleged involvement in the scheme of diverting their PDAF to ghost projects for kickbacks.

Revilla and Estrada are detained at the Philippine National Police Custodial Center after their bail petitions were denied, while the elderly Enrile was allowed by the Supreme Court to post bail from hospital detention due to humanitarian considerations.

Meanwhile, Valdez and Lañete were allowed to post bail from their detention at Camp Bagong Diwa in Taguig after the prosecution failed to prove that they received millions of kickbacks from Napoles. RAM