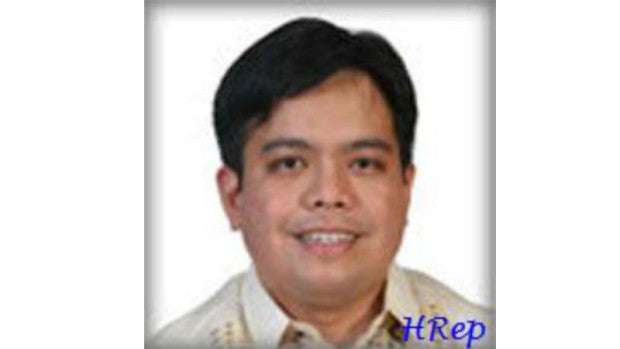 Former Davao del Sur Representative Marc Douglas Cagas IV was formally charged before the Sandiganbayan for malversation and graft for his alleged involvement in the pork barrel scam.

Cagas was the next to be charged among the second batch of respondents accused in the pork barrel scam to be prosecuted by the Office of the Ombudsman before the Sandiganbayan. The first to be charged was former Oriental Mindoro Rep. Rodolfo Valencia.

The Office of Special Prosecutors on Thursday filed criminal charges of malversation and graft against Cagas for allegedly coursing his P7.55 million in Priority Development Assistance Funds (PDAF) in 2008 to the bogus foundations of accused mastermind Janet Lim-Napoles.

Also charged with Cagas were Napoles and former Energy Regulatory Commissioner Zenaida Ducut, a former Pampanga congresswoman and an ally of former President Gloria Macapagal-Arroyo alleged to be Napoles’ contact in the House of Representatives.

Ducut was said to have toured Napoles in the House of Representatives, according to whistleblower Merlina Suñas.

Ducut was charged for being the agent between Napoles and the lawmakers and for “receiving kickbacks or share of the PDAF proceeds for and in behalf of Cagas IV,” the prosecution said.

READ: Ducut got P40M as agent for lawmakers

Cagas, Napoles and Ducut were charged with three counts of malversation for allegedly misappropriating, through abandonment and negligence, some P7.55 million in PDAF to the bogus Social Development Program for Farmers Foundation Inc. (SDPFFI) and People’s Organization for Progress and Development Foundation Inc. (POPDFI).

Cagas’ PDAF was intended for agricultural production packages in Davao Del Sur which turned out to be non-existent.

They were also charged with three counts of graft for causing injury to government when Cagas gave Napoles undue advantage in implementing the ghost projects.

Cagas was accused of violating Section 3(e) of the Anti-Graft and Corrupt Practices Act for acting with manifest partiality, evident bad faith and gross inexcusable negligence in allowing his PDAF to be misused; as well as of violating the Revised Penal Code for malversation or misappropriation of public funds.

Napoles and her employees fabricated acceptance and delivery reports, disbursement reports, project proposals and other liquidation documents “to conceal the fictitious nature of the transaction, to the damage and prejudice of the Republic of the Philippines,” the prosecutors said.

“The above acts of the accused public officials thus allowed (the bogus foundations) to divert said PDAF-drawn public funds into Napoles’ control instead of implementing the PDAF-funded projects which turned out to be non-existent,” the charge sheet read.

Revilla and Estrada are detained at the Philippine National Police Custodial Center after their bail petitions were denied, while the elderly Enrile was allowed by the Supreme Court to post bail from hospital detention due to humanitarian considerations.

Meanwhile, Valdez and Lanete were allowed to post bail from their detention at Camp Bagong Diwa in Taguig after the prosecution failed to prove that they received millions of kickbacks from Napoles. RAM