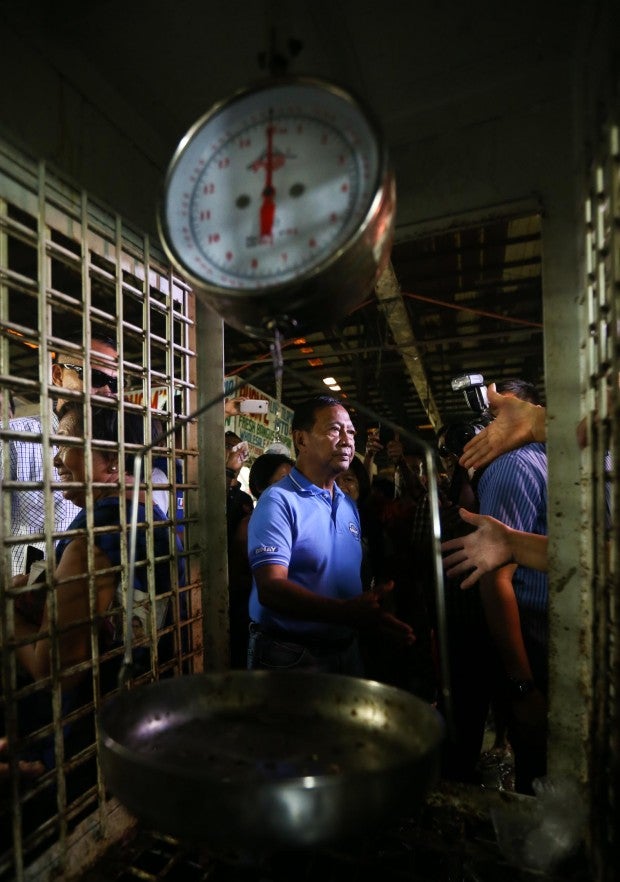 The camp of Vice President Jejomar Binay blasted the Commission on Audit (COA) for being “biased” against Binay when it released its report finding anomalies in the procurement of the allegedly overpriced Makati City Hall Building II.

In a statement on Thursday, United Nationalist Alliance (UNA) President Toby Tiangco accused the COA of violating its own 2015 resolution and rules prohibiting the special audit of candidates during elections.

“The commission could be held liable for violating COA Resolution No. 2015-033 dated September 29, 2015, prohibiting the conduct of special audit against candidates of the 2016 elections,” Tiangco said.

“As UNA president, I wrote COA to request them to abide by their own rules. I asked that they should apply the resolution equally to all candidates even those from the opposition,” he added

“Until the termination of the 2016 elections, the Honorable Commission should accordingly desist from acting upon any and all complaints against all candidates in the 2016 national and local elections and not issue any resolutions, rulings or decisions for or against any candidate to avoid the unwitting use of the Commission for partisan political purposes,” Tiangco wrote.

He added that the COA should not issue any Notice of Disallowance, Resolution or Decision pertaining to special audits conducted during the election period.

Tiangco said the resolution violated by COA specifically stated that “it is necessary for the Commission on Audit, as an independent constitutional body, to uphold its political neutrality by implementing measures aimed at preventing opportunities and circumstances that may impair the independence, neutrality and professionalism of the Commission, its officers and employees.”

Certeza said the COA is showing the same bias against Binay as with the Ombudsman.

“If this is true, COA is clearly biased as it has no authority to determine who is guilty of a crime. Its mandate is merely to audit government expenditures and to determine if the same are allowable,” Certeza said.

“Only the courts can decide whether a person is guilty of a crime,” he added.

Certeza said the mayor’s camp has not received a copy of the COA report.

Tiangco said he has received information that the Ombudsman has a public relations consultant which leaked the audit report to the media.

“We have received information that a PR consultant working for the Ombudsman provided copies of the COA report to select reporters. To this we ask why, if the case against us is strong, would there be any need for underhanded tactics?” Tiangco said.

Tiangco said the Makati car park building passed 11 regular audits, and yet the COA has an adverse finding against Binay.

“It is very clear that special audit team was created for the ‘special’ purpose of being used as demolition team against VP Binay,”Tiangco said.

Tiangco also refuted the Ombudsman’s denial that it pressured the COA to release the report in the middle of the campaign period.

He accused both the Ombudsman and COA connived to release the report to smear the vice president in the middle of the election campaign.

“It was the Ombudsman who said that COA failed to transmit the audit in January and then in February, and promised they would do so on March 2. If the Ombudsman did not follow up the status of the audit, how were they able to come up with those dates?” he asked.

“It’s obvious that both agencies want to hasten the release of the report in hopes that it would tarnish the image of VP Binay and affect his candidacy,” he added.

The Inquirer reported Thursday that the COA finished its final special audit report on the P2.8 billion Makati car park building, which started construction when Vice President Binay was Makati mayor and continued to the term of his son Junjun.

The report said the procurement was rigged to award the contract to favored contractors despite deficiencies in documents, and that the contract price was “bloated” to the disadvantage of government.

The vice president’s son has been charged with graft and falsification of public documents for the anomaly, while Binay, a leading presidential candidate, would be charged when his immunity expires at the end of his term.

The auditors found the vice president administratively liable for grave misconduct, dishonesty and gross inexcusable negligence, graft and corrupt practices and thus recommend to penalize Binay with removal from office, fines and imprisonment.

The vice president’s son had been charged with graft and falsification of public documents for the anomaly, while the Binay patriarch, a leading presidential candidate, would be charged when his immunity expires at the end of his term.

Binay had filed a P200-million damage suit against his detractors, Ombudsman Conchita Carpio Morales and the Philippine Daily Inquirer before the Makati Regional Trial Court. CDG/RAM