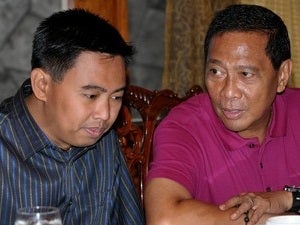 The issuance of an HDO against Binay and against other Makati City officials was confirmed by the division clerk of court Dennis Pulma.

Binay is facing two counts of violation of Section 3 (e) of Republic Act 3019 or the Anti-Graft and Corrupt Practices Act and six counts of falsification of public documents for allegedly rigging the bidding of the construction of the parking building.

The Ombudsman said Binay and his co-accused conspired and took advantage of their positions to “unlawfully and feloniously commit falsification by fabricating or causing the fabrication” of the invitation for the bidding of the building in 2011.

Last week, Binay filed a motion before the Third Division to junk the cases against him for supposed lack of evidence.

A copy of the HDO is yet to be released to the media as of posting time. AJH