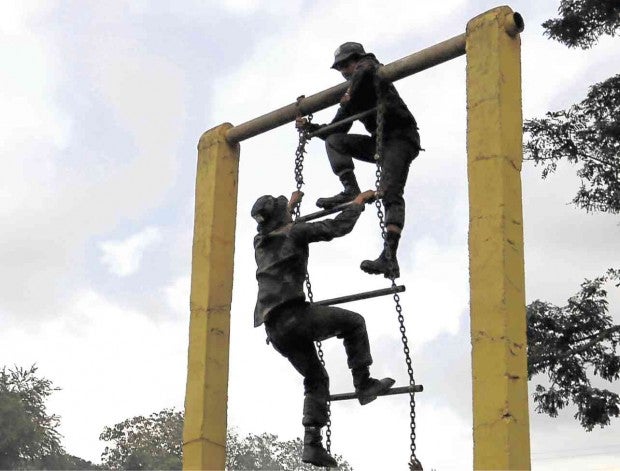 SAN PEDRO CITY, Philippines — A female trainee of the police Special Action Force (SAF) died of heat stroke on Monday, March 7, 2016, in Laguna, an official said on Tuesday.
Vanessa Gannaban Teñoso, 28, was with a group of trainees and policemen at the weekly flag raising ceremony in Camp Vicente Lim when she passed out, said Supt. Chitadel Gaoiran, spokesperson of the Calabarzon (Cavite, Laguna, Batangas, Rizal, Quezon) police.

READ: What it takes to be an elite SAF trooper | SAF: Rising from the fields of Mamasapano
Gaoiran said Teñoso was taken to the bleachers to rest.
“After a few minutes, she regained her strength and was able to walk a few steps before passing out again,” Gaoiran said.
Teñoso was then taken to the camp’s medical facility and was being transferred to the San Jose Hospital in Barangay Mayapa, also in Calamba, when she died.

Gaoiran said autopsy results showed that Teñoso suffered from cardiac arrest following a heat stroke.
Before Teñoso passed out, Gaoiran said a male trainee from the Bureau of Fire Protection also collapsed during the flag ceremony.
The male trainee, however, recovered.