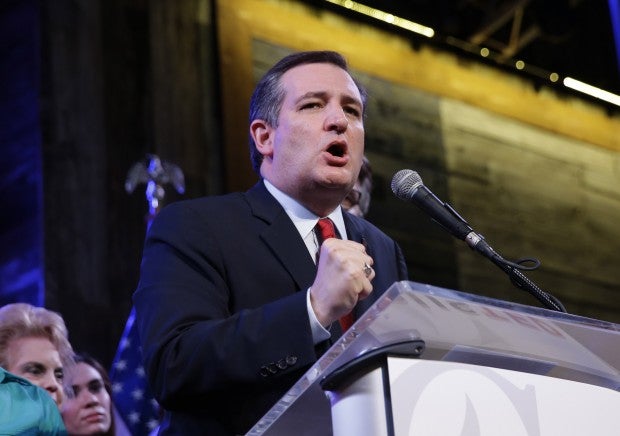 Texas Sen. Ted Cruz has won the Republican presidential caucuses in Alaska. It’s his third win on Super Tuesday, adding to victories in the Texas and Oklahoma primaries.

Cruz adds 12 delegates to his total with the win in Alaska. Donald Trump will take home 11 delegates from the state, and Florida Sen. Marco Rubio gets five delegates.

Cruz’s win in Alaska is the final Super Tuesday contest. The 2016 presidential race will resume on Saturday, with primary elections and caucuses in Kansas, Kentucky, Louisiana, Maine and Nebraska.

She is assured of winning at least 457 of the 865 delegates at stake for the night. Sanders will gain at least 286. There are 122 delegates that remain to be allocated, depending on the margin of victory in several states and congressional districts.

Going into Super Tuesday, Clinton had held a 26-delegate advantage based on wins from primaries and caucuses.

Her delegate lead is actually much bigger when including superdelegates.

When including those party leaders, Clinton has at least 1,005 delegates. Sanders has at least 373. It takes 2,383 delegates to win the nomination.

Donald Trump added to his lead in the race for delegates on Super Tuesday. But his gains were muted because every state awarded delegates in proportion to the vote, so even candidates who lost still collected delegates.

There were 595 Republican delegates at stake in 11 states. There were still 183 delegates left to be allocated.

It takes 1,237 delegates to win the Republican nomination for president.