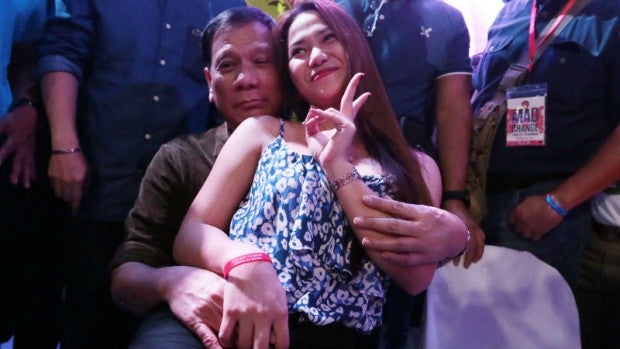 The Gabriela Women’s Party (GWP) on Monday has reiterated its stance against womanizing after one of its party-list representatives said that voters should “look beyond” the womanizing ways of presidential candidate Davao City Mayor Rodrigo Duterte and instead “focus” on his track record.

In a statement, GWP national chairperson and Congresswoman Emmi de Jesus said that they have already reached out to Rep. Luz Ilagan and have resolved to correct the latter’s statements saying that the mayor’s philandering was only part of the media hype against Duterte.

“Gabriela Women’s Party has communicated with Rep. Luz Ilagan, the organizing committee of FORWARD Women and our local chapters in Mindanao to clarify any misunderstanding on our position regarding the issue of womanizing and we have resolved to correct statements issued at Mindanao Women Leaders Forum in Davao City,” de Jesus said in a statement.

De Jesus said that the women’s organization views womanizing as an affront to women’s rights.

“As the national chairperson of Gabriela Women’s Party, I would like to reiterate our position that we are against womanizing and view this as an affront on women and women’s rights,” she added.

In a forum in Davao City on Sunday, Ilagan said that she personally believes that voters should look beyond the past actions of the feisty mayor.

“Womanizing, kissing: most of that is media hype… Even if he says that I am a womanizer, may mga girlfriend (he has girlfriends), remember that the mayor is already separated. His marriage has been annulled.”

“I personally even say that look beyond the words, look beyond the actions. Focus on what he has done, what he can do, what he is still doing that will benefit our people,” Ilagan was quoted as saying in an ABS-CBN report.

Ilagan’s statements drew flak from netizens, with some Twitter users expressing both disbelief and condemnation.

Furthermore, others said that Ilagan’s statements have something to do with her bid to run for a council seat in Davao City under the party of Duterte’s daughter Sara.

She is running for councilor in Davao City’s third district under the Hugpong slate under Duterte’s daughter. RAM