Candidates on Edsa 30 years ago: Roxas 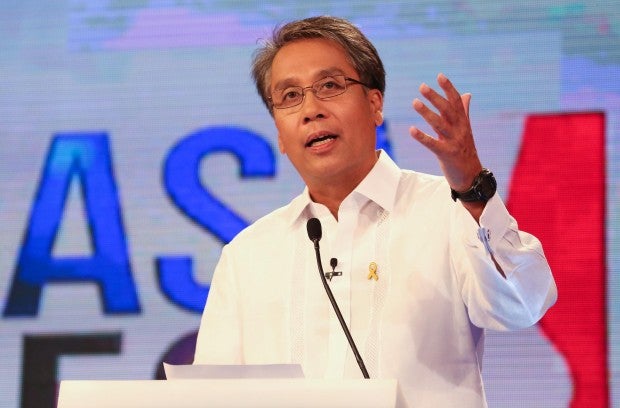 Together with millions of other Filipinos, presidential candidate Mar Roxas was on Edsa 30 years ago. He had taken a leave from his job as an investment banker at Allen and Company in New York to help in the presidential campaign of Corazon Aquino.

“He came home from the U.S., taking a leave from work, to help in Cory’s campaign. He was campaigning in Capiz and Metro Manila during Cory’s campaign. On the days of EDSA in February 1986, he was on Edsa,” party spokesperson and Marikina Rep. Miro Quimbo said in a text message to INQUIRER.net.

After Aquino took her oath and Ferdinand Marcos fled, Roxas helped organize a series of investment roundtable discussions between the new president and the American business community.

The ties that bind the Aquinos and the Roxases go a long way back, even predating Martial Law. Benigno “Ninoy” Aquino Jr. and Gerardo Roxas were opposition colleagues in a Marcos-dominated Senate. The Plaza Miranda bombing of Aug. 21, 1971, which saw the older Roxas injured (his wife Judy Araneta Roxas too), cemented their ties.

In 2009, the younger Roxas abandoned his presidential ambitions to give way to his friend, then-Senator Benigno Aquino III.

Robredo had initially planned to go straight to law school after graduating from the state university. But the vice presidential aspirant said the Edsa revolution made her want to enter public service. Robredo then got accepted at the Bicol River Basin Development Program (BRBDP) in Naga City. That was where she met her husband-to-be, Jesse. JN