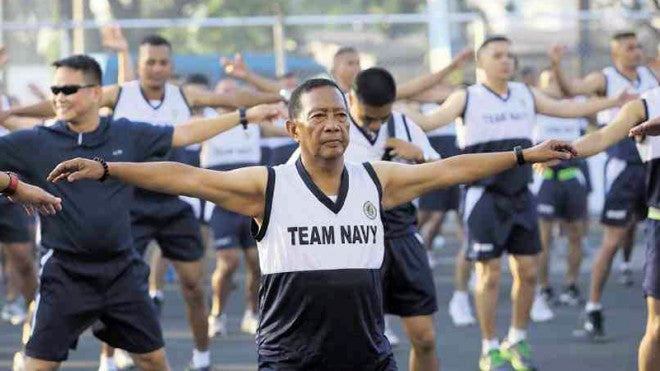 Vice President Jejomar Binay on Wednesday maintained that he is in good health to finish the 90-day campaign for the May 2016 elections.

In an ambush interview after a program in San Pedro, Laguna, Binay said he just had an annual physical exam with the doctor purportedly telling him he is in good health.

Binay, who is seeking the presidency, is in Laguna with dismissed governor ER Ejercito on the second day of the campaign period.

(I grew up poor. The others, on the other hand, only started exercising when they were already old.)

(I have just finished my annual medical exam. The results were good. The doctor even asked me if I wanted to play badminton again.)

Binay said the doctors only forbid him to eat sour foods to stop his hyperacidity.

Binay had been rumored to be suffering from lupus or a kidney problem. He has denied having any illness.

One of his rivals, Senator Miriam Defensor-Santiago, said she has defeated lung cancer. IDL