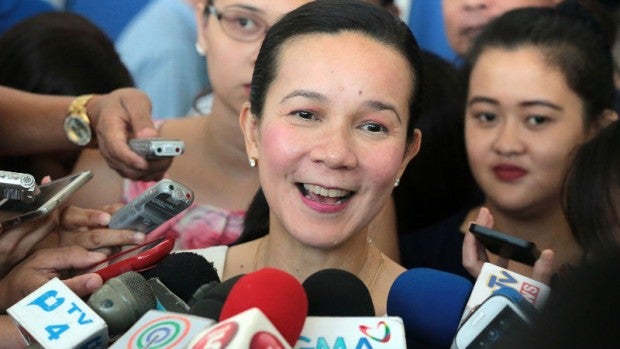 The Pulse Asia’s Pulso ng Bayan Pre-Electoral Survey, which was conducted from January 24 to 28 among 1,800 respondents, revealed that 30 percent of the respondents would vote for Poe.

(Among the people in this list, who will you vote for president of the Philippines if elections 2016 were held today and they are the candidates?)

According to a poll survey last December 2015, Poe got a 9-percent increase while Binay had a 10-percent decline.

Across geographic areas and socioeconomic classes, Poe topped the suvery among respondents in the National Capital Region (NCR) (33 percent) and Balance Luzon (39 percent).

Furthermore, Poe was the top choice of classes ABCD (25 percent) and D (32 percent).

Both Escudero and Robredo had an increase of 4 percentage points.

Cayetano’s and Honasan’s numbers declined by 4 percentage points while there was no change in the voter preference for Marcos and Trillanes.

Across geographic areas and socioeconomic classes, Marcos topped NCR with 36 percent and class ABC with 28 percent. 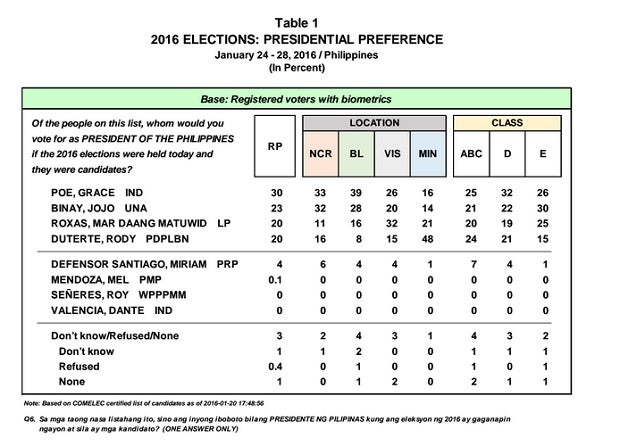 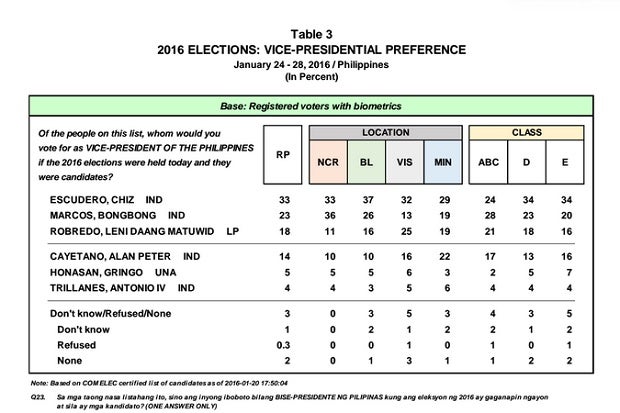