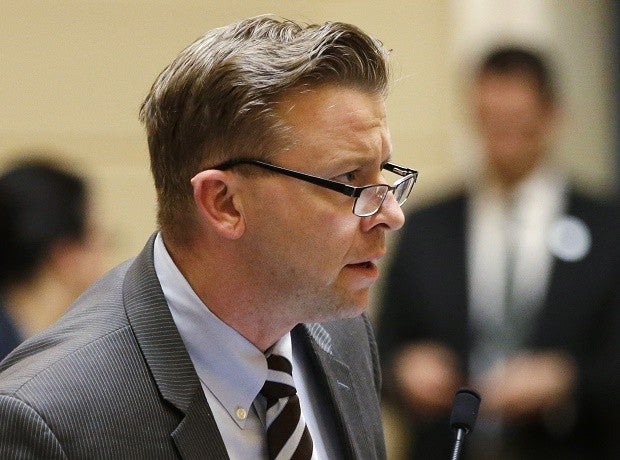 Weiler’s proposal wouldn’t regulate or ban anything, but it has attracted attention, including being debated on talk show “The View.” He said he’s been “mocked internationally” but feels it’s triggered an important conversation.

“It’s not just a kooky thing that some, you know, politician from Mormon Utah came up with,” Weiler said. “When I was a kid, people might sneak a Playboy magazine and look at it. Now, you’ve got all kinds of horrible, graphic images that are available to anyone with an Internet connection one or two clicks away.”

Four Republicans and one Democrat on a Utah Senate health committee agreed with Weiler and endorsed the resolution Friday afternoon in Salt Lake City after an hour-long meeting where they heard from anti-pornography activists, a marriage therapist and residents who said they or loved ones struggled with pornography addictions.

Dr. Carl Shubs, a psychologist in Beverly Hills, California who specializes in issues of sexuality, said calling pornography a public health crisis is “way off on so many levels.”

Shubs said anything can be addictive, but that many people find pornography enjoyable and use it in a healthy way. Some couples watch it to enhance their relationships, and some without partners view pornography it to fill a void, he said.

The U.S. Conference of Catholic Bishops last year expressed distress over what it considers the widespread problem of pornography in American culture. It reiterated that making or watching pornographic videos is a sin.

The Mormon church launched a website in 2013 devoted to helping its members overcome pornography addiction. Last year, the religion made a video to give children tips to avoid pornography.

In 2013, the American Academy of Pediatrics offered guidance that parents should keep phones out of children’s bedrooms, in part to stop them looking at pornography.