Dairy producers turn to pope for milk of human kindness 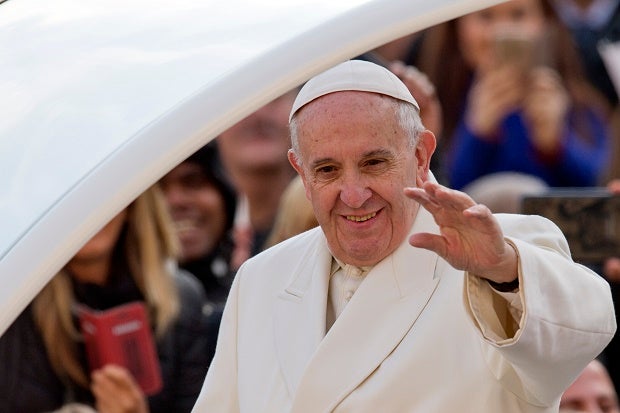 VATICAN CITY, Holy See—European dairy producers said Wednesday they had gained Pope Francis’ support for efforts to shore up the price of milk in Europe, which has been badly hit by over-production.

Members of the European Milk Board (EMB), said Pope Francis, always keen to lend an ear to social problems, backed their efforts to persuade governments and the European Commission to act, according to I.Media, a news agency that specialises in the Vatican.

Some 140 EMB members from across Europe rallied on Wednesday to receive the pope’s blessing in Saint Peter’s Square, after which a small delegation offered the pontiff a basket of fair-trade produce and handed him letters urging him to back their ‘ cause.

“Our national and European decision-makers have liberalised markets, causing catastrophic over-production of milk. This policy only favours multinationals,” Belgian producer Erwin Schoepges wrote in one of the missives.

“Producers are falling by the wayside as markets are overwhelmed. Prices are so low that they cannot feed their families.”

Schoepges told I.Media the pope said: “I support you in this struggle. Don’t stop, keep going.”

The pontiff backs the producers and plans to meet with them at greater length “in the next six months,” I.Media said.

The EMB is a Brussels-based lobby group, representing 100,000 milk producers in 15 European Union (EU) countries, according to its website.

It says prices have recently slumped by up to 40 percent in Europe, sliding in some countries to 25 euro cents ($0.30) per litre ($1.35 per gallon), well below production costs of some 40 cents per litre.