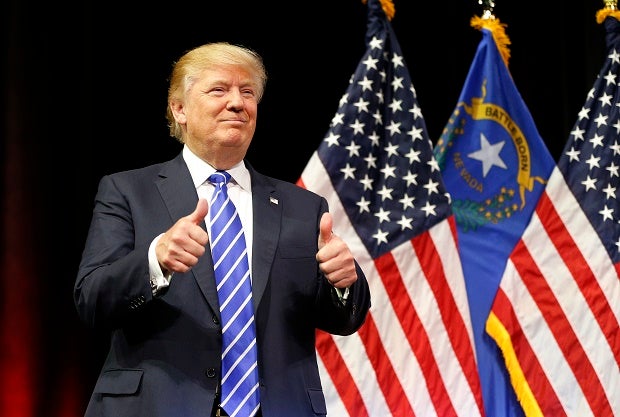 NEW YORK — Pressure continued to mount on NBC to cancel Donald Trump’s guest-host appearance on this weekend’s “Saturday Night Live” as a coalition of advocacy groups delivered petitions to the network Wednesday calling for him to be dropped from the show.

The petitions delivered to 30 Rockefeller Plaza, home of NBC and “Saturday Night Live,” marked the latest attempts to dissuade the network from allowing the Republican presidential hopeful to host the show, with the National Hispanic Leadership Agenda earlier asking that NBC reconsider the decision.

“There’s mounting evidence that Donald Trump’s racist demagoguery is resulting in real-world violence and physical and verbal intimidation,” Mushed Zaheed, deputy political director of Credo Action, one of the participating groups, said in a statement.

Trump drew fire early in his campaign when, as the billionaire developer announced his candidacy, he described some Mexicans who are in the United States illegally as criminals and rapists, prompting NBC to sever its Miss Universe ties with Trump while declaring he would never again appear on “The Celebrity Apprentice.”

“It is shameful for ‘SNL’ and NBC to think that racism can be repackaged as comedy,” said Juan Escalante, digital campaigns manager for America’s Voice, another group participating in the coalition.

Other participating groups included the National Hispanic Media Coalition, MoveOn.org and National Council of La Raza. About two-dozen protesters were on hand as the petitions were delivered to NBC’s midtown Manhattan offices. Some chanted “dump Trump” and carried signs bearing the same phrase.

The coalition is accusing NBC of reversing itself for the sake of a ratings windfall while granting Trump “a free national platform to bolster his racist and xenophobic campaign,” Zaheed said.

Alex Nogales, president of the National Hispanic Media Coalition, said after delivering the petitions that the protest effort was not over. His group and others would use the days leading up to the broadcast to call on “SNL” sponsors to remove their commercials from Saturday’s show, he said.

Meanwhile, Trump drew sharp criticism in an online letter with the names of dozens of prominent writers, filmmakers, academics and others from the United States, Spain and Latin America attached to it, including Oscar-winning writer-director Alejandro Gonzalez Inarritu (“Birdman: Or The Unexpected Virtue of Ignorance”).

“We refuse to keep silent in the face of the alarming declarations of the candidate for the presidency of the United States Donald Trump,” the letter posted Tuesday reads. “His hate speech appeals to the lowest passions like xenophobia, machismo, political intolerance and religious dogmatism.”

The letter calls on the American people to “cease to tolerate his absurd positions.”

Trump has played a major role in delivering record-breaking ratings to the first three Republican debates and has been a sought-after guest on talk shows and newscasts.

Asked about the opposition to his upcoming appearance while promoting his new book in New York on Tuesday, Trump said he was pleased to hear demonstrations were already underway.

“Look, I think they should demonstrate” he said. “Ratings will go even higher than they are going to be. It’s going to be one of their highest-rated shows ever and they’re very excited about it.”

Asked specifically about the petition, he said: “It’s only going to make it hotter.”

Trump also repeated his frequent assertion that he has great relationship with Hispanics, with tens of thousands working for him over the years, he said.

Saturday’s appearance will be an “SNL” encore for Trump, who first hosted the show in April 2004, long before his entry into politics, as the breakout star of NBC’s new competition show “The Apprentice.”

He appeared on CNN’s “New Day” on Wednesday, where anchor Chris Cuomo voiced surprise that NBC booked him.

“I thought you were at war with them,” said Cuomo, “then all of a sudden they wanted to have you on. You say it’s because of ratings.”

“You’re never at war when you get great ratings with a network, OK?” Trump replied. “Nobody gets ratings like me.”

He went on to say that initially he was asked to do a single sketch on Saturday’s show. Then “SNL” executive producer Lorne Michaels had second thoughts and asked Trump if he would host the entire 90-minute program. “And I said, ‘You know what? I would.’ Because it’s an honor.”

NBC would not comment on whether any other presidential candidates are being considered to host “SNL.”

On Wednesday, NBC released promotional spots for the show featuring Trump. In one, he refers to a Republican opponent, Ben Carson, as “a complete and total loser.”