Donald Trump not backing away from immigrant comments 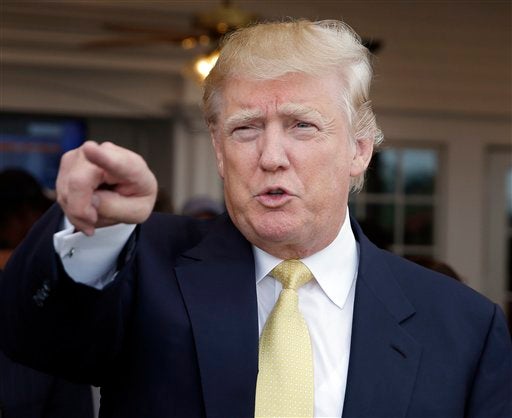 The businessman, under fire from critics in and out of his party, issued a lengthy statement refusing to back off comments he made in the speech launching his presidential bid last month. In it, he called Mexican immigrants criminals and rapists, prompting several businesses, including NBC, Univision and Macy’s, to cut ties with Trump.

In his new statement, Trump said “the Mexican government is forcing their most unwanted people into the United States” and claimed that in many cases, they are “criminals, drug dealers, rapists, etc.”

He said later Monday, during a charity golf tournament at one of his courses, that his standing in some polls is proof that many Americans share his views.

“I think the polls are a testament,” said Trump, one of more than a dozen Republicans running for president. “In the old days, they used to use a term, ‘the silent majority.’ We have the silent majority back, folks.”

Polls this early in the race tend to reflect name recognition more than depth of support for a candidate and few in the Republican Party regard Trump, a well-known TV figure, as a serious presidential contender despite poll standings that may be good enough to qualify him to be in the first Republican candidates’ debate next month. Debate guidelines provide for the top 10 candidates in national polling to participate.

One major brand that has not cut ties with Trump is the New York Yankees. The team’s co-chairman Hank Steinbrenner, who organized the charity golf tournament at Trump’s new course in the Bronx, said the real estate developer is “a loyal friend and I am loyal to my friends.”