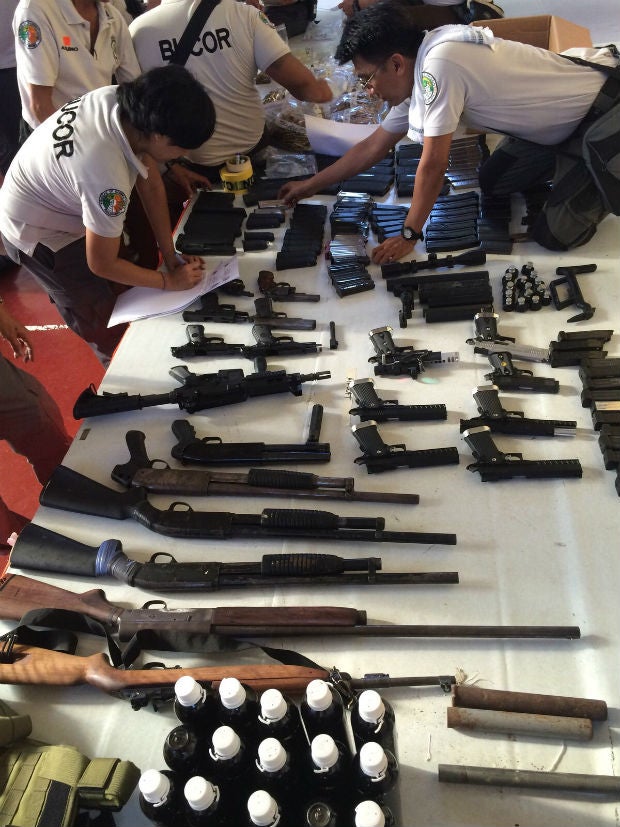 High power firearms and airsoft guns were confiscated during the latest raid at the Maximum Security Compound of the New Bilibid PrisoN. PHILIPPINE DAILY INQUIRER/EDWIN BACASMAS

NOT only gadgets and firearms were discovered inside the New Bilibid Prison (NBP) in a shakedown conducted Wednesday morning. Authorities also seized a Civet cat locally known as musang whose droppings can be turned into the most expensive coffee in the world.

Authorities also seized high-powered firearms, including a baby Armalite under a concrete stage at the back of Dorm 5.

Early this year, a grenade exploded at Dorm 5 where an inmate was killed and several others were injured. IDL/AC