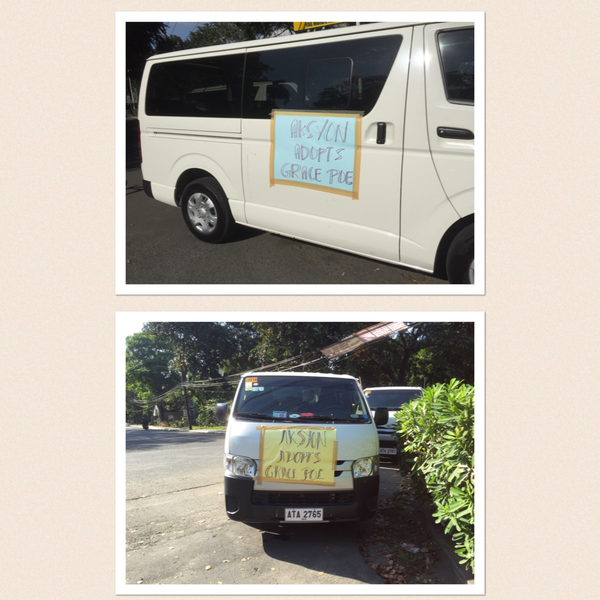 “Aksyon adopts Grace Poe,” was the message on some of the posters plastered on some vehicles carrying supporters of senatorial bet Lorna Kapunan who gathered on Friday for her proclamation rally at the Balay Kalanaw in UP Diliman, Quezon City.

The posters are an apparent reference to Senator Grace Poe’s status as the adoptive daughter of the late actor Fernando Poe Jr. and veteran actress Susan Roces.

Poe, who is running for president in 2016, and her running mate, Senator Francis “Chiz” Escudero are expected to attend the event.

The team-up has so far endorsed two senatorial bets and they are Bayan Muna Rep. Neri Colmenares and Manila Vice Mayor Isko Moreno but Kapunan’s name was among those reportedly part of the tandem’s senatorial ticket.

Poe’s supporters, some of them wearing white shirts bearing her name, came ahead of the 4 p.m. schdule of the event.