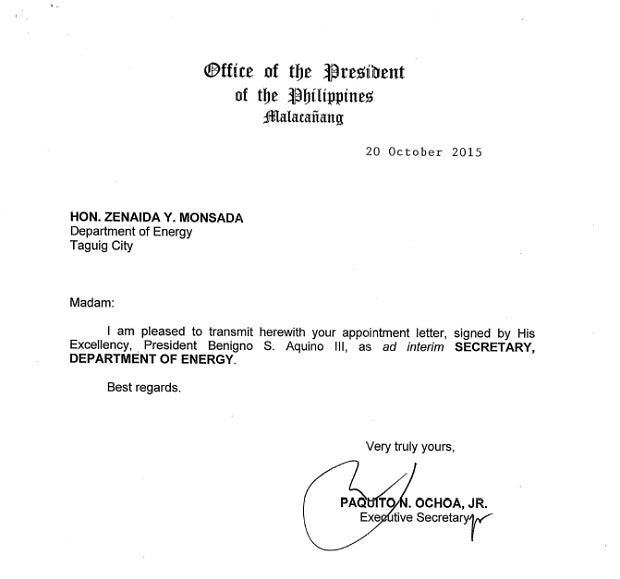 Zenaida Monsada finally took her oath of office as the new Energy Secretary before President Benigno Aquino III at Malacanang on Friday.

Monsada was earlier designated as the OIC of the energy department after former Department of Energy secretary Jericho Petilla tendered his irrevocable resignation, citing his plan to run for public office.

Petilla has announced he is running for senator under the ruling Liberal Party of Aquino.

Monsada will serve as the energy secretary until June 2016. Nestor Corrales/CDG