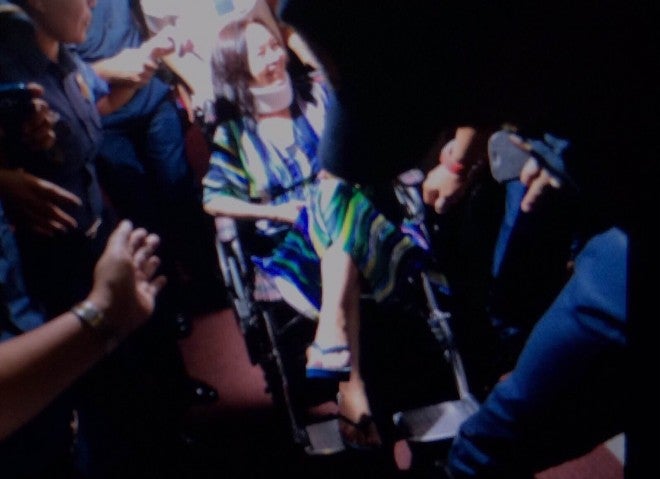 Former president and incumbent Pampanga representative Gloria Macapagal-Arroyo arrived at St. Luke’s Medical Center in Quezon City on Wednesday morning to undergo a medical check-up after the Sandiganbayan granted her a two-day furlough.

PSPG spokesperson Superintendent Rogelio Simon told INQUIRER.net that a 10-man PSPG team had been deployed to secure the congresswoman.

Arroyo will undergo check-up after complaining of numbness in her left arm. She will stay overnight from 9 a.m. on Oct. 21 to 4 p.m. on Oct. 22 as ordered by the anti-graft court.

Among the tests being recommended for Arroyo to undergo are the Positron Emission Tomography (PET) Scan and tumor marker tests such as Alpha Feto Protein for the liver, Carcinoembryonic Antigen (CEA) for the breast and pancreas and CA 125 Calcitonin for the medullary thyroid.

The lawmaker’s lawyers said that the VMMC has no equipment for the tests. IDL