In Alabama, Clinton goes after Republicans on voting rights 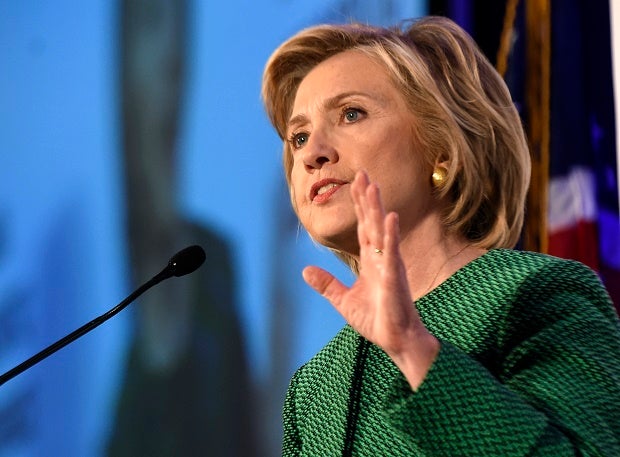 “This is a blast from the Jim Crow past,” she told about 700 people at a luncheon of the Alabama Democratic Conference, the largest caucus of the state Democratic Party.

Clinton also mocked Republican presidential candidates Marco Rubio and Jeb Bush for their opposition to restoring Voting Rights Act provisions struck down by the Supreme Court in 2013, and she chided Ohio Gov. John Kasich for curtailing early voting in his state.

“What part of democracy are these Republicans so afraid of?” Clinton asked. “I’ve won elections, and I’ve lost elections, but I sure feel better when as many people as possible show up and vote.”

Neither her criticisms nor her positions were new. But the venue offered her a chance to champion voting rights to an important constituency.

Alabama is among almost a dozen states stretching from Virginia to Texas that are scheduled to vote early in the nominating process in 2016. In a number of those states blacks could make up a majority or close to a majority of the Democratic primary electorate.

The front-loaded Southern schedule is actually a byproduct of Republicans’ domination in the region. Republican leaders who run statehouses here wanted their constituents, nearly all of them white conservatives, to have greater influence in choosing the Republican nominee.

Yet that also elevated Southern Democrats, largely black voters. It’s a constituency Clinton has cultivated for decades and addressed effortlessly as she dropped local references into her remarks and spoke about people she’d met in the area as far back as the 1980s.

Clinton also invoked President Barack Obama and praised his economic stewardship along with that of her husband, Bill Clinton.

She never mentioned her closest competitor, but it was an approach that Vermont Sen. Bernie Sanders cannot match.

While Sanders is strong in overwhelmingly white Iowa and New Hampshire, surveys suggest he trails Clinton significantly in Southern states. Sanders, who built his career in a mostly white state, has started to talk more about his work in the civil rights movement as a student.

“Senator Sanders is a good man, a consistent, principled man,” said the Rev. James Lawrence Wofford, a member of Alabama’s state Democratic committee who came to hear Clinton on Saturday. “He just doesn’t have any major support to speak of here.”

Meanwhile, Alabama’s governor said Clinton was exploiting his state’s budget woes for her own political gain. “To claim this decision is based on race is absolutely not true,” Bentley said in a statement. He said Clinton should focus on national problems “in the unfortunate event she is elected president.”