Only SC can decide on Poe citizenship with finality—Drilon 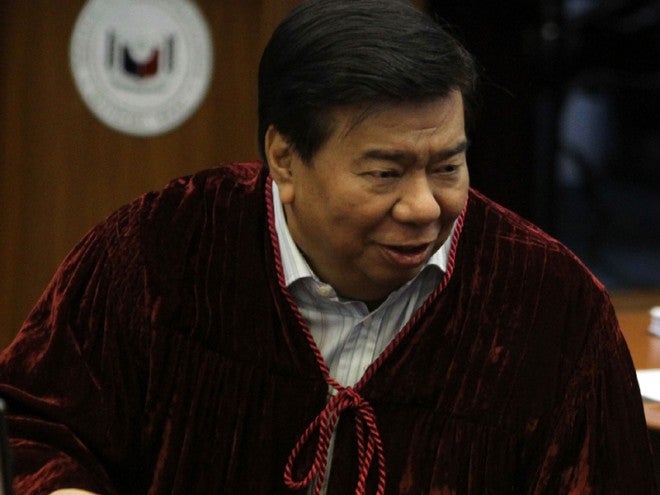 Only the Supreme Court can decide with finality on the disqualification case against Senator Grace Poe, Senate President Franklin Drilon said on Tuesday.

Drilon issued the statement as he called on the Senate Electoral Tribunal (SET) anew to resolve the case as soon as possible, saying its prompt ruling would enable the High Court to immediately decide on it in time for the election period.

“Any decision to be handed down by the Senate Electoral Tribunal (SET), whether for or against Senator Poe, will eventually be brought up to the Supreme Court,” Drilon, a former justice secretary and a lawyer, said in a statement. He is also vice chairman of the Liberal Party, which is backing the presidential bid of former Interior Secretary Manuel “Mar” Roxas II.

“Therefore, it is very crucial for the SET to be able to come out with a decision at the earliest time possible, in order to give the High Court sufficient time to hear the case and render a verdict before the election period kicks off,” he said.

Drilon, the main author of the Citizenship Retention and Re-acquisition Act of 2003 (RA 9225), said that the question on Poe’s citizenship is a legal issue “that can only be resolved with finality by the Supreme Court.”

“The matter that is before the tribunal involves the interpretation and application of the provisions of the Constitution, RA 9225, commonly known as the Dual Citizenship Act, and other pertinent laws concerning citizenship on an undisputed set of facts,” Drilon pointed out.

He said the SET can take judicial notice of the facts and public records which are not disputed, and eventually render its verdict.

Drilon earlier urged the SET to act on the case with urgency, considering the scheduled filing of the certificate of candidacy by October, and the printing of the official ballots by January 2015. Maila Ager/IDL