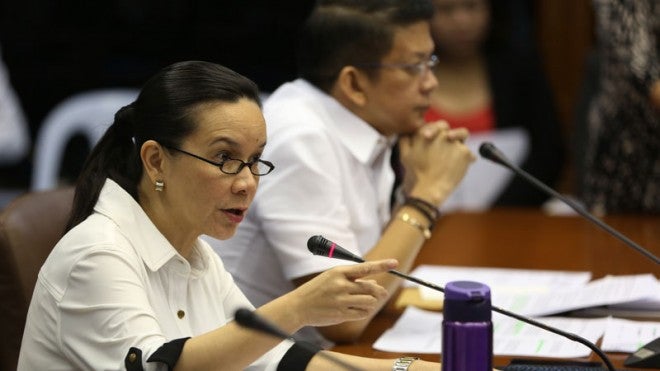 Even if the Senate Electoral Tribunal (SET) dropped the residency issue of Senator Grace Poe, it can still be raised when she files her certificate of candidacy (COC) for president.

“Later on, after Poe files her COC next month, the residency issue against her can once again be revived, no longer for her senatorial bid but for her presidential bid,” said former UP law dean Pacifico Agabin.

Poe has already proclaimed that she will run for president in next year’s election.

The SET dropped the issue on residency on a technicality. Under SET rules, a disqualification case on the issue of residency must be filed within 10 days from the date of proclamation of a candidate.

Former UE law dean Amado Valdez said “Even if the SET has dropped the residency issue on the present case, her presidential bid is still left hanging because of another possible disqualification case that could be filed against her next month,” Valdez added.

“The residency must be in the concept of having domicile in the Philippines. She cannot have two domiciles, one here and another in the US,” he said.

“It is only when she abandoned her US citizenship that she could be considered a resident in the Philippines for purposes of the elections,” Valdez added.

On Monday, Sept. 21, the SET will conduct oral arguments on the question of Poe’s citizenship.

Poe, a foundling left at the Jaro Church in Iloilo before being adopted by Fernando Poe and wife Susan Roces, has repeatedly insisted that she is a Filipino and that she has fulfilled the 10-year residency requirement when she returned in the Philippines following her father’s death in 2004.

But election lawyer Romulo Macalintal believed such circumstance is different from Poe’s case.

Quoting the high court’s ruling, he said the use of US passport “does not divest one of the reacquired Filipino citizenship” but merely results to a “recantation of the Affidavit of Renunciation” which, as stated above, is one of the twin requirements to hold a public office, whether elective or appointive.

“Poe’s case is not the same as Arnado’s.  From her answer to David’s petition as released to the media, it appears that Poe used her US passport after she executed her Oath of Allegiance on July 7, 2006.  On October 20, 2010 she executed an Affidavit of Renunciation (AR) of her US citizenship when she was appointed as Chairperson of MTRCB. After executing said AR or since October 10, 2010 and up to the present, she never used her US passport again,” he said.

“Clearly, as held by the SC in Arnado’s case, Poe’s use of her US passport before she executed her AR of US citizenship did not affect her re-acquisition of her natural-born Filipino citizen under RA 9225 as the mere use of such passport ‘does not divest Filipino citizenship regained by repatriation.’ To reiterate, what will disqualify her is if she used the US passport after executing the AR,” he added.