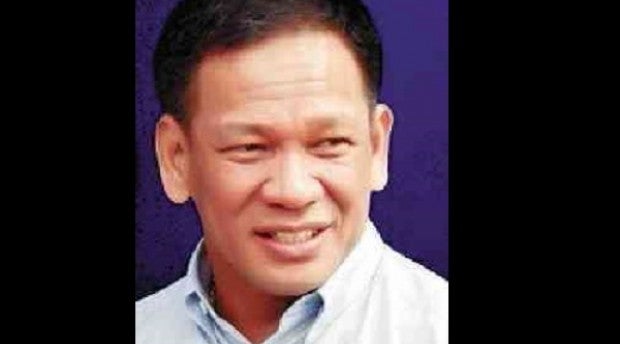 The Liberal Party (LP) secretary general, Mel Senen Sarmiento, said Tuesday night he had accepted President Aquino’s offer to replace outgoing Interior Secretary Mar Roxas, giving his reassurance he would not use the post to advance the interests of the ruling party in the 2016 elections.

“I thank President Aquino for giving me this opportunity to continue the reforms being implemented now … many of which were among those that we usually talked about with the late DILG Secretary Jesse Robredo when we were still city mayors,” Sarmiento said.

“Replacing Secretary Mar Roxas to head a very complex institution like the DILG is definitely a colossal task but with our people’s prayers and support, I am confident I would be able to effectively carry out the mandate of my new assignment,” he said.

Sarmiento pledged that the entire uniformed service under the Department of the Interior and Local Government (DILG) “will be neutral in ensuring a peaceful, honest and orderly election in 2016.”

“I am ready to accept any new challenge to be able to serve our people better and advance the cause of good governance and daang matuwid (straight path),” the Western Samar representative said in a statement.

Under his leadership, he said the DILG would continue to modernize the Philippine National Police, the Bureau of Fire Protection, the Bureau of Jail Management and Penology, and the other agencies under the DILG.

“We will remain steadfast in our fight against corruption,” Sarmiento said.

In a multimedia forum of the Inquirer Group, President Aquino Tuesday said he confirmed he offered the DILG post to Sarmiento.

“The transition is being worked out so that he is not thrown into the deep end right away, and there’s a smooth transition between Secretary Roxas and Representative Sarmiento,” the President said.

He added that Sarmiento’s appointment as DILG chief would be subject to the approval of the Commission on Appointments (COA).

Sarmiento is on his second term as representative of Western Samar’s first district and is eligible to run for a third and final term in 2016.

Roxas resigned as DILG chief on Aug. 3 after he was endorsed as LP standard-bearer by the President in Club Filipino. The President, however, asked him to stay a little longer to complete some unfinished business in the PNP.

Sarmiento heads the 12-member House contingent to the COA, and the joint congressional oversight committee on the automated election system.

Before serving as congressman, Sarmiento was mayor of Calbayog City from 2001 to 2010. He served two terms as secretary general of the League of Cities of the Philippines.

According to his curriculum vitae sent by his publicist, Sarmiento authored 48 House bills, including the Anti-Trafficking Persons Act and the law strengthening the Juvenile Justice System.

Colleagues at the House of Representatives sang his praises on Tuesday after President Aquino announced that he had offered Sarmiento the job as the replacement of Interior Secretary Mar Roxas, the LP standard-bearer.

Iloilo Rep. Jerry Treñas described Sarmiento as a “leading member of the party.”

“He has the experience and deep knowledge in local government which is required as Secretary of the DILG. Secretary Mel is highly qualified and will be a solid asset to the administration,” he said.

Davao City Rep. Karlo Alexei Nograles said: “I know him as someone who is level-headed, hardworking and highly principled. He is the best man for the job.”

Eastern Samar Rep. Ben Evardone said it was a good thing that Eastern Visayas would be represented in the Cabinet: “Mel is very much qualified for the post,” he said.—DJ Yap and Gil C. Cabacungan

PMA classes ’85, ’86 deny protest vs Ochoa as next DILG chief