A 10-year-old Filipino girl, who sang David Guetta’s “Titanium” during the finals of “Asia’s Got Talent,” will sing “Lupang Hinirang,” the national anthem, at the sixth and last State of the Nation Address (Sona) of President Aquino on July 27.

Gwyneth Dorado was one of the most applauded contestants in the TV talent show in Singapore, which declared the Filipino shadow play group El Gamma Penumbra grand champion.

“This is in recognition of the mercurial achievement of a young girl, whose singing ability is adored not only in Asia but worldwide. She truly represents the vast and incredible wealth of talents Filipino youth can offer,” said Artemio Adasa Jr., deputy secretary general for operations of the House of Representatives.

Dorado said she was happy, proud and nervous all at once for being selected to perform at Aquino’s final Sona at the Batasang Pambansa complex in Quezon City.

“It’s an honor, but I’m nervous because it’s a big event and I’ll be singing in front of the President and other politicians,” she told the Inquirer in a phone interview.

She said her parents were just as anxious as she was. “They’re very supportive of me,” Dorado said. 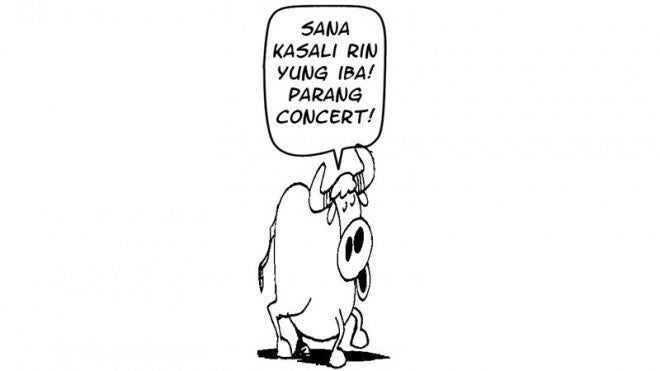 Asked how she would prepare herself for the Sona, Dorado said she had been studying and practicing “Lupang Hinirang” since she was told the good news earlier this month. 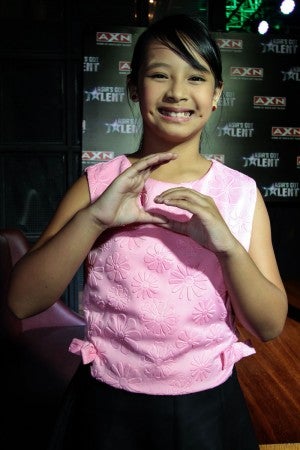 “I try to pronounce the words properly and feel and understand their meaning,” she said, adding that she has refrained from eating sweets and drinking cold beverages.

“I have to be disciplined,” Dorado said.

Dorado developed her interest in music at a young age and decided to pursue it when her family started to appreciate her talent in singing, she said in an interview with the “Asia’s Got Talent” staff posted on its website.

“I began singing when I was very young and I love doing it very much…. Then, I began to play musical instruments, particularly the keyboard, when I was 5; and the guitar when I was 8,” Dorado said.

She added that she had no formal music lessons and only learned to play musical instruments on YouTube. In some of her performances on Asia’s Got Talent, she played the guitar.

In a statement, Adasa credited the House deputy secretary general for internal audit, Cecilia David, for being instrumental in inviting Dorado to be part of the Sona program.–Reports from Gil Cabacungan, Allan Policarpio and Inquirer Research