Behind Nirvana tragedy, a story of island poverty 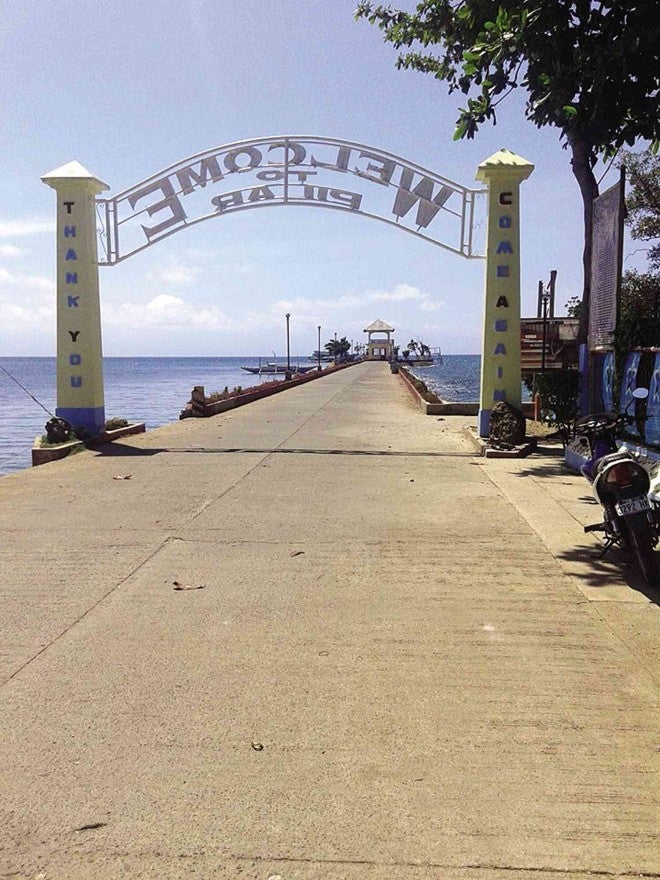 ANTONIO Borinaga left his hometown of Pilar on Ponson Island by motorboat in the 1970s to find his luck in mainland Cebu and help his family. He was 18 then and was doing exactly what his elder brother, Ariston, did earlier at the age of 15 to find work in Manila.

Fast-forward four decades: The Borinaga brothers have not returned to Pilar as they promised, and nothing much has changed in Pilar. “Our town has not improved over the years. The people still ride on motorboats,” said Antonio, now 57 and staying in the mainland.

The sinking of the wooden outrigger MB Kim Nirvana-B on July 2 is a grim reminder of the dire need to improve the way poor islanders reach out to Ormoc City in Leyte province, across the Ormoc Bay, to get their basic necessities.

At least 62 passengers drowned shortly after the Pilar-bound boat capsized about a kilometer away from the pier. Most of the about 200 aboard were residents of Pilar, a fifth-class municipality (annual income: P15 million-P25 million), who went to the city to buy their supplies.

With a population of 11,564 as of the 2010 census, Pilar, together with the towns of Poro, San Francisco and Tudela, is part of the Camotes Group of Islands east of the Cebu mainland. It is farther than the other towns from Cebu but closer to Ormoc—the reason its residents prefer to buy their goods there.

READ: At least 16 dead as banca capsizes off Ormoc city

It takes just an hour by motorized boat to travel to Pilar from Ormoc and two hours from Danao City in Cebu. Unfortunately, only wooden outriggers can dock on the island because of its shallow waters and small, underdeveloped port, said Jason Roa, a councilor of Barangay Upper Poblacion.

Antonio said his town had not been given a priority in terms of infrastructure projects because it is far from the mainland.

“Government projects don’t reach us here. If there are projects intended for our town, these take a long time to get implemented because of the distance,” he said.

The Department of Transportation and Communications has allocated at least P40 million in its budget this year to expand the port by 50 meters, according to Pilar Mayor Jesus Fernandez Jr. But the project cannot start because it has yet to be approved by the Cebu Port Authority, which has jurisdiction over all the ports in the province.

Another reason bigger commercial vessels do not include Pilar in their route is “profitability,” Fernandez said. He recalled that boats owned by Jomalia Shipping Lines used to go to Pilar from Ormoc, and vice versa, but they stopped after six months because of the unchanging number of passengers. 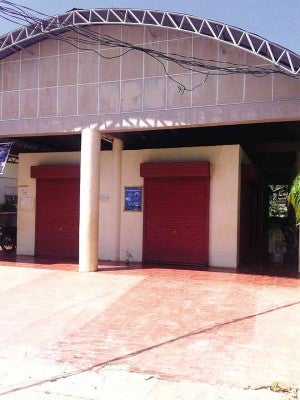 PHOTO shows a modern public market with barely any vendor or stall. Residents prefer to buy from vendors who sell their produce door-to-door or go to Ormoc City in Leyte to buy their basic necessities.

Most residents prefer taking the motorboats, Roa said, “because they are faster so they arrive earlier to their destinations.”

After the Kim Nirvana-B tragedy, Jomalia was given a special permit by the Maritime Industry Authority to ply the Ormoc-Pilar route with Tudela town. Fernandez said he hoped that this time, the residents would ride on its boats to sustain its operations.

When the company’s MV Mika Mari started taking the special route on July 12, however, Roa observed that more people still opted to ride the motorboat Junmar 2. At that time, it was the first time that the small boats were allowed to sail due to the gale warning and after the motorized boats were grounded.

The islanders were running out of supplies, prompting the provincial government to send relief items.

“During a dry spell, we had only yams to eat. But during typhoons, we had nothing to eat because we could not fish and we could not go to Ormoc to buy our supplies because pump boats were not allowed to sail,” Antonio said.

Sometimes, he said, his family had to beg for food from neighbors.

Nothing had changed in Pilar since his childhood, he said.

Pilar has a public market but with only one vendor who sells ready-to-wear clothes, perfumes, shoes and bags. Fish and vegetable vendors prefer to hawk their produce around the neighborhood.

There are no gas stations and banks. Bigger stores sell bottled gasoline along with rice and other canned goods. Relatives send money through a Smart “padala” center.

A plant of the National Power Corp. supplies electricity from 11 a.m. to 5 a.m.

The town has a clinic but no hospital. Patients with serious illnesses are ferried to Ormoc.

Each of the 13 barangays has an elementary school, but there are only four public high schools on the island. Most of the youths never reach college because they become fishermen or go to other provinces to find jobs, Roa said.

Antonio’s father was only 30 years old when he died from illness developed after he slipped and hit his body with the boat he was carrying. With him gone, Antonio and his three siblings had to stop going to school to help their mother.

Soon, the siblings left Pilar. Elder sister Lucena went to Leyte to work as a housemaid. She got married in Ormoc, where she later died.

Ariston left for Manila while Antonio went to the mainland. Their brother, Senon, went to Agusan del Sur province. Their mother eventually joined Senon in Augusan del Sur where she died.

None of the surviving siblings has returned to Pilar. They remain poor.