At least 35 dead as ferry capsizes off Ormoc City 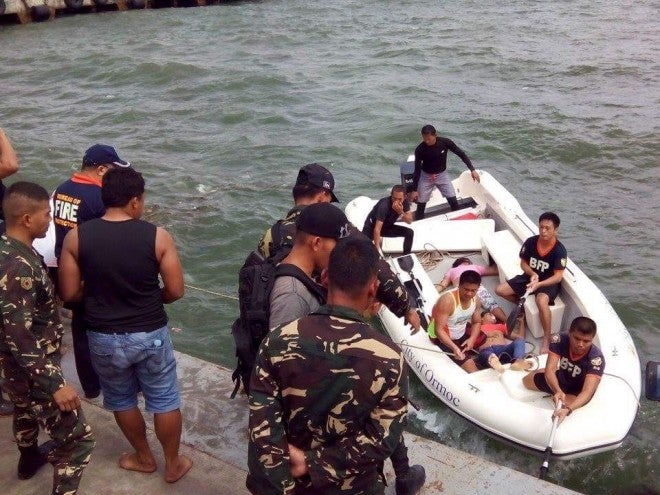 A ferry carrying 189 passengers and crew capsized Thursday minutes as it left a central Philippine port in choppy waters, leaving at least 35 dead (not 36 as earlier reported) and 26 others missing, coast guard officials said.

They said at least 127 people from the M/B Kim Nirvana were rescued by nearby fishing boats and coast guard personnel or swam to safety off Ormoc city on Leyte Island.

Coast guard spokesman Armand Balilo said the wooden outrigger ferry was leaving Ormoc for the Camotes Islands, about 44 kilometers (27 miles) to the south, when it was lashed by strong waves.

He said the captain and some of the crew were rescued and are in custody pending an investigation.

Survivors told The Associated Press by cellphone that the bow of the ferry suddenly rose from the water before the vessel flipped over on one side, turning it upside down and trapping passengers underneath.

Mary Jane Drake, who was traveling with her mother and American husband, said the ferry was pulling slowly out of the port when it suddenly flipped to the left in strong waves and overturned, trapping her and other passengers. She, her mother and husband swam to safety from underneath the ferry. 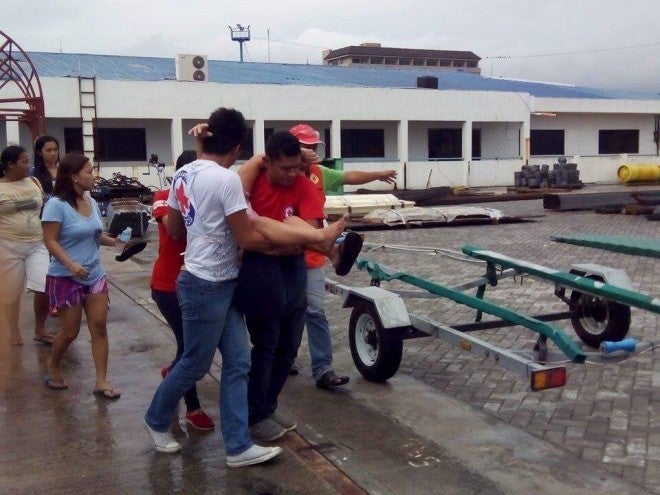 Rescuers carry female passengers of ill-fated MB Nirvana in Ormoc City, Leyte to a waiting ambulance so she can be brought to the hospital after she developed seizure. JHAY GASPAR/INQUIRER VISAYAS

“No one was able to jump out because it overturned very swiftly. There was no time to jump,” she said.

Her husband, Lawrence Drake, a 48-year-old retired firefighter from Rochester, New York, said he ran to one side of the boat to try to balance it but it was too late.

“I jumped out of my seat and ran to the front as far as I could, and tried to lean over. I am a big guy, and tried to push the boat back over but it was way too late,” he said. 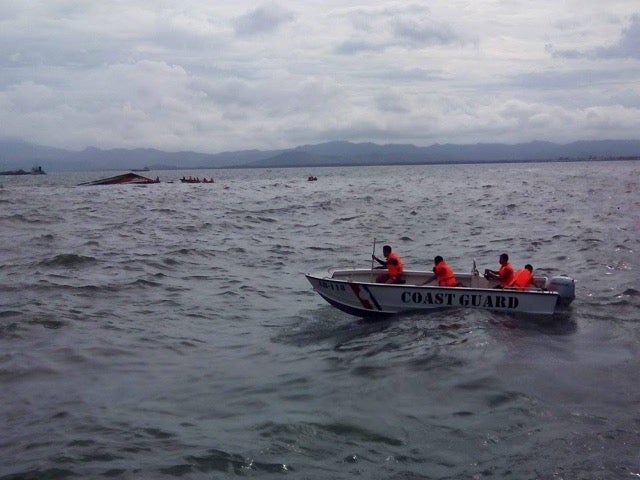 Many of the passengers screaming in panic, he said.

TV footage showed coast guard rescuers carrying survivors from rubber boats to a beach. Not far away, the bottom part of the vessel could be seen protruding from the water.

Coast guard officials said it wasn’t immediately clear what caused the accident. Cloudy weather at the time of the accident did not pose any danger that would have forced the coast guard to stop sea voyages, they said.

A brewing storm in the Pacific was 550 kilometers (344 miles) east of Ormoc and was too far away to affect any part of the Philippine archipelago, according to forecasters. They said winds in the Ormoc region were not strong enough to whip up dangerous waves.