6 flights cancelled due to ‘Egay’ 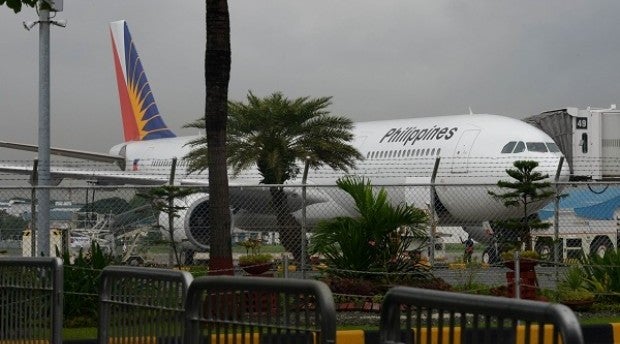 A Philippine Airlines plane sits on the tarmac of the Naia in this file photo. AFP

In an advisory posted on its official Facebook page, the Manila International Airport Authority (MIAA) said that as of 9 a.m., the flights cancelled were from Cebu Pacific and Philippine Airlines/PAL Express.

The said flights are:

According to the 5 a.m. update from the Philippine Atmospheric, Geophysical and Astronomical Services Administration (Pagasa), Egay packs maxium sustained winds of 95 kilometers per hour (kph) and gusts of up to 120 kph. It is moving northwest at 7 kph.

Public storm signal warning no. 2 was hoisted over Kalinga, Apayao, Isabela, Quirino, northern Aurora, and Cagayan including the Babuyan and Calayan Islands.